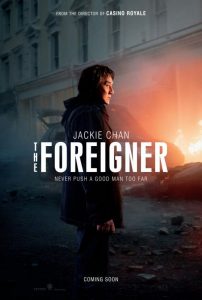 A seemingly simple restaurant owner hunts the terrorists responsible for his daughter’s death in The Foreigner.

Hong Kong action superstar Jackie Chan finds himself at a well-traveled fork in the road of Hollywood careers. The path behind him is filled with the epic twists and death-defying turns of a pure daredevil. Now, he faces two choices: continue down the same thrill-filled path; or veer off onto the safer, but slower, road on which he’s never traveled. The challenge is in recognizing the age of one’s vehicle and the impact of the tolls already paid. Few action stars know when it’s time to choose the scenic route, and Chan seems to be trying a new option — splitting the difference by driving between them while trying to keep an eye on both.

His latest film borrows much from the safer route for its core plot elements. Chan plays a quiet, unassuming small-business owner interested mainly in living out his days looking after his school-age daughter. All seems fine until a fateful terrorist bombing compels the grieving father into single-minded action. This mild-mannered man of the masses suddenly transforms into a resourceful, determined and deadly hunter in search of an unsuspecting prey. Yes, it’s the textbook definition of cliché.

As is usually the case with such films, we get flashes of the old master, but always tinged with a hint of sadness for what once was. The action still packs a punch, but its impact isn’t what it used to be. It now no longer masks other deficiencies. There’s just enough intrigue to keep us engaged, but primarily driven by the machinations of Pierce Brosnan‘s character. You know that a film’s in trouble when one of its subplots is more polished and interesting than the main story line. Time and again, we buy into Chan’s predicament, only to be “rewarded” with another ridiculously contrived plot misstep.

It’s time for Chan to either learn to embrace the safer route of more serious fare or to hand over his license and let someone else drive. 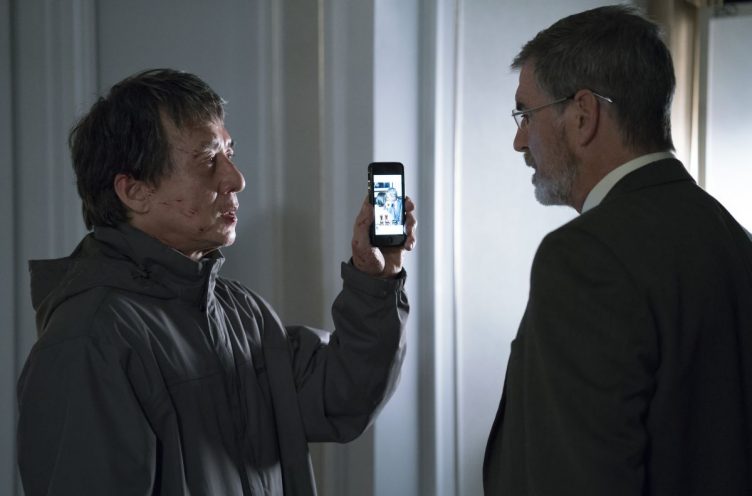