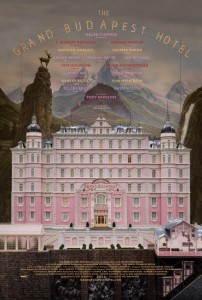 An opportunistic concierge is framed for murder and sets out to clear his name in The Grand Budapest Hotel.

Wes Anderson‘s latest quirky comedy is a powerful addition to his anthology of the absurd. If you’ve never encountered any of Anderson’s unique films, be forewarned that they’re somewhat of an acquired taste. His latest tale takes place in the fictional Central European Republic of Zubrowka. There previously stood a luxurious resort called The Grand Budapest Hotel. It was once the focus of a small-time writer (Jude Law) who had the curious experience of staying there in the 1960s, long after it fell into disrepair.

He meets and subsequently interviews its longtime owner, the eccentric Mr. Moustafa (F. Murray Abraham), who regales him with the building’s somewhat infamous past and his mysterious reasons for keeping it.

Every aspect of the film is vintage Anderson. His instantly recognizable stylings are pressed to the extreme, from delightfully long, angular shots to his trademark understated and yet entirely ubiquitous lettering on absolutely everything. Bold colors leap out against muted but charming backgrounds. Of course, there are all of the fantastically peculiar characters that ooze eclectic personality in every scene. Pulp fiction characters can only dream of one day adorning the likes of his stories. Likewise, the dialogue is a perfect fit. The film is chock-full of a seemingly endless array of wonderfully witty wordplay. 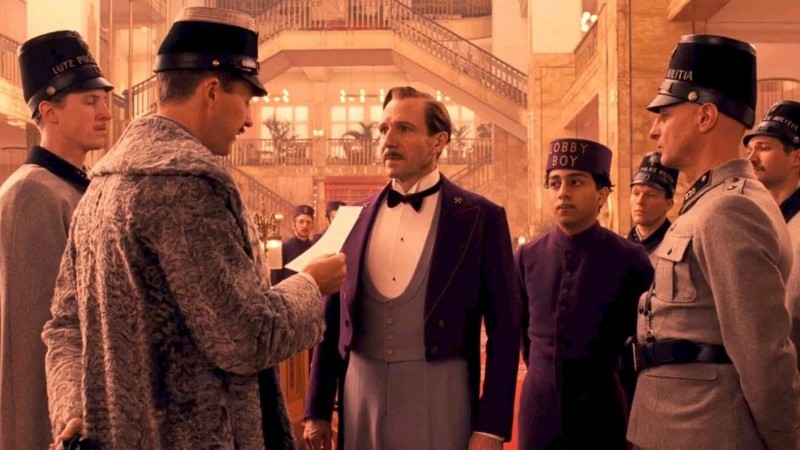 Anderson alumni of past films return in force, providing pitch-perfect talent for every role. Listing them all would wear out the writer and reader. Most notable are Ralph Fiennes as the adroitly adaptable concierge, Willem Dafoe as a deliciously devilish minion and Saoirse Ronan as the soft but not-so-innocent love interest of a young staffer. Abraham, as the aging owner, is also at his very best with a role that simply wouldn’t have worked in the hands of a lesser talent.

One big surprise is how graphic some of the scenes are. This isn’t typical of his other films, yet it works all the same. There’s also an odd but, as always, ideal mix of special effects, ranging from cutting edge to downright (intentionally) cheesy. It’s all part of the allure.

Most interestingly, of all Anderson’s films, this one felt most reminiscent of a live-action version of Fantastic Mr. Fox. This is a deeply layered tale with an engagingly circuitous narrative that will keep you entertained for its entire length.