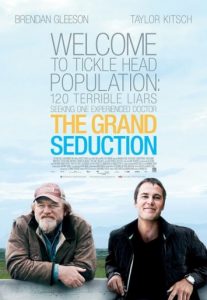 A slowly-dying, remote harbor community needs a doctor to close a deal to save its future and plans to get one by any means in The Grand Seduction.

The picturesque but isolated town of Tickle Head, on the coast of Newfoundland, has struggled for decades to remain relevant. Its better days are just a distant memory with only a relative few inhabitants choosing to remain. Murray French (Brendan Gleeson) is fed up with everyone just going through the motions and accepting the inevitable demise of their beloved hometown. He decides to take matters into his own hands and convinces a major oil company to consider building a processing plant there. The plant would revitalize the town with solid jobs and a real sense of purpose for everyone. The only problem is that the oil company’s list of demands includes a number of elements that Tickle Head doesn’t currently meet. Chief among them is the need for a competent local doctor. Murray’s not about to let such trivialities stand in the way of his grand plan. Through nefarious means, Murray compels a doctor (Taylor Kitsch) to come to Tickle Head for 30 days. Once there, Murray and the rest of the town hatch a plot to seduce the doctor into wanting to stay just long enough to land the factory contract. 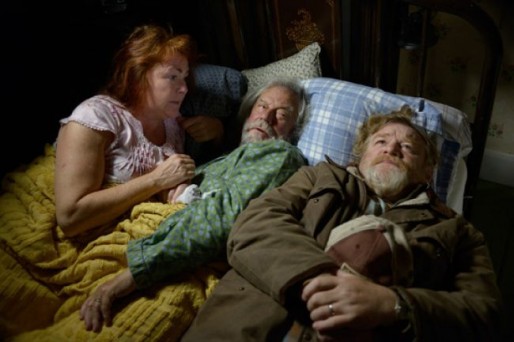 This rustic, lighthearted comedy is the biggest film directed by Don McKellar, who’s previously directed mostly shorts. It’s actually a remake of a fairly unremarkable 2003 French Canadian film titled The Seduction of Doctor Lewis. This incarnation gives us a story that seems to suffer from the same malaise as the inhabitants of Tickle Head. McKeller serves up a vanilla, highly predictable farce boasting such understated comedy that you’ll barely notice the jokes. The plot doesn’t help the cause. It’s laden with enough head-scratching elements that baldness becomes a real possibility. The biggest question marks surround the big oil company. Here we have a town concerned with preserving their pristine environment, yet no one questions the impact that an oil company will have. Add to that the sheer incompetence shown by the company itself. A child running a lemonade stand wouldn’t fall for this sham. There’s also a love-interest subplot that’s just entirely unbelievable.

Once in a while, the sun does break through the clouds, providing a nice laugh, most often involving Murray’s best friend Simon (Gordon Pinsent). Unfortunately, he’s not around enough to make a real difference. I also couldn’t help but notice some major similarities with 1988’s Funny Farm, 1991’s Doc Hollywood and 1995’s The Englishman Who Went Up a Hill But Came Down a Mountain. Each film involves a town conspiring to fool an unsuspecting mark, and all three would be a much better way to spend your time.