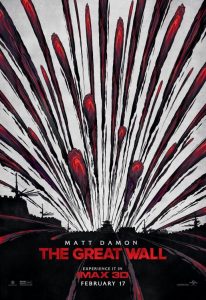 A hive-minded set of creatures are hell-bent on wiping humanity from the planet and will stop at nothing to achieve their goal. Does that sound at all familiar? This epic fantasy feels like the superior source material for Starship Troopers with nearly the same level of technology and firepower on both sides. Mix in a liberal dose of The 13th Warrior and The Lord of the Rings: The Return of the King to complete the picture.

The cinematography and choreography are absolutely jaw-dropping. Every scene is a feast of colors that seems as if it was invented just for this film. Although far from perfect, the plot rarely pulls us out of the experience. The three main leads (Matt Damon, Jing Tian and Pedro Pascal) are a pleasure to watch. The two men have a rapport that gives the film a nice campy escape that keeps everything grounded. The one curiosity is a supporting character played by Willem Dafoe. He seems woefully underutilized at first. The film’s lackluster ending clearly sets itself up for an obvious sequel in which I suspect that both he and the leads will become much closer. It’s a popcorn film to be sure, but it’s the fun kind. Load up that bucket, turn off the logic circuit and enjoy the carnage. 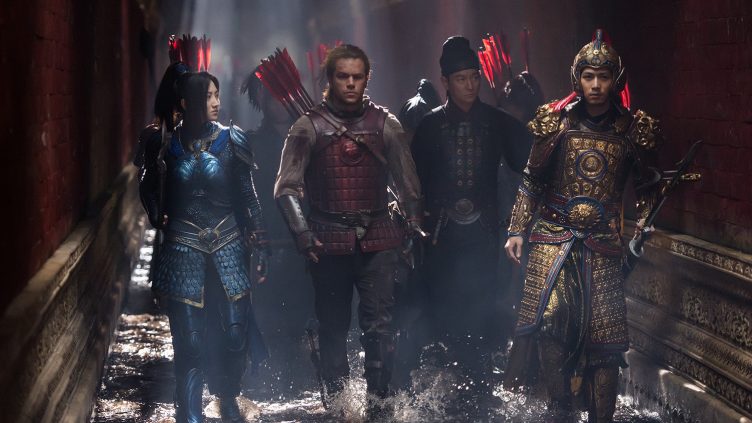