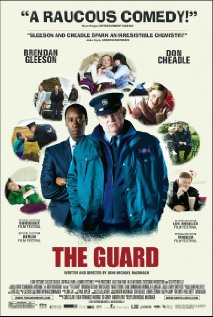 An opportunistic Irish cop teams up with a by-the-book FBI agent to go after a local group of drug smugglers in The Guard.

This movie, starring Brendan Gleeson and Don Cheadle, introduces us to Sgt. Gerry Boyle (Gleeson), who just happens to be a cop from Ireland. In fact, this is the first oddity of the film. Boyle works for an organization that, because of its name, gives you the sense that he’s just a security guard for some organization called “Guarda.” What we’re not told is that this is Gaelic for police, so Boyle is, in fact, an actual cop. It’s not until about a third of the way into the movie that you can put that to rest for sure, and that’s an unnecessary distraction.

Gleeson and Cheadle are perfect for this vehicle. Both are dominant screen figures in their own right, but they play polar opposites here in virtually every possible way beyond their gender and that they’re both in law enforcement. In fact, it’s hard to think of two actors who would be better suited to convey this polarization more effectively, and it’s essential to the success of the plot.

We find out from the first scene that Sgt. Boyle is the epitome of laid-back and has absolutely no tolerance or interest for preconceived notions about law enforcement protocols. Conversely, Cheadle’s FBI character (Agent Everett) is the quintessential poster boy for a federal agent — everything in its place and rules to be followed verbatim. They’re brought together by an international drug ring, and that pairing is what sets the tone for the rest of the movie.

The big question: Is Sgt. Boyle an effective member of the Irish police, or is he just a burned-out total loss who’d be better off working anywhere else?

Every ounce of this film is quirky. Nothing about it would appeal to the vast majority of moviegoers. Its pacing is slow and meticulous. Its look is purposely dark and damp with a camcorder sort of feel. The biggest casualty of this approach involves the Irish accents, especially Sgt. Boyle’s. To call it heavy would be a major understatement. In fact, I’m not at all sure that an American ear can possibly pick up all of it, so I missed at least a few jokes along the way. In a dark comedy, that can be the difference between a funny film and a total disaster.

Probably the biggest challenge of the film is its methodically slow story. It took a good 30 minutes or so to really get going, and by that time, several people in the audience were fidgety, including both my son and me. Everyone was unsure if the joke was on us, then thankfully, it all clicked.

The main thrust of the plot takes over, and we really get to see the core of the main characters and the depth of the story. It’s all extremely well done and totally original. You can’t be at all sure where it’s going to end up at any time along the path. The journey makes for a very fun ride for the final half of the film.

I loved the movie, but I say that knowing that the vast majority of people that encounter it will likely be bored stiff by it. Over time, I’ve become a bit of a movie snob — not too big of one — and this one has it all once you forgive its eccentricities and realize their absolute necessity to the plot. Even my 16-year-old loved it, and for this kind of film, that’s a tough audience to please. 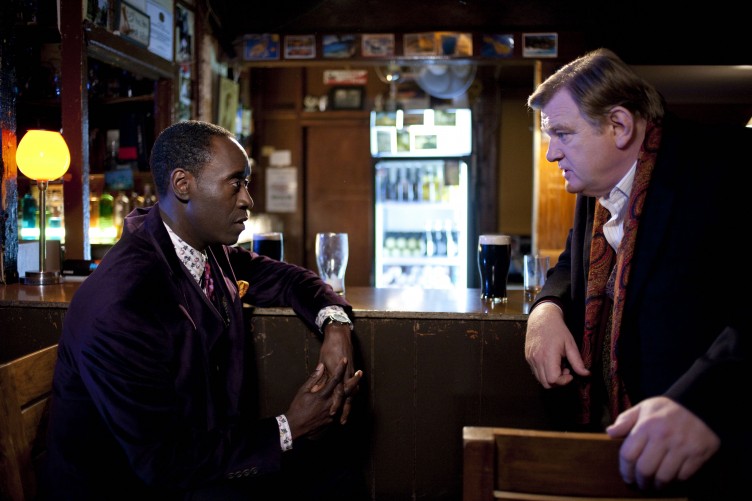