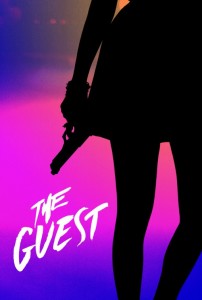 After their son is killed in action, his recovering parents welcome one of his team into their home in The Guest.

The Peterson family is enduring a tragedy that few of us can begin to truly comprehend and none of us want to experience. Caleb Peterson was killed during a combat mission in Afghanistan. His parents, Laura (Sheila Kelley) and Spencer (Leland Orser), seem to just be floating through life in the aftermath while growing further apart from their remaining two children, Anna (Maika Monroe) and Luke (Brendan Meyer). One day, a stranger comes to their door and introduces himself as David (Dan Stevens) — one of Caleb’s best friends from his unit in Afghanistan. He just dropped by to deliver on a promise that he made to Caleb before he died.

At once shocked and relieved, Laura hastily invites David to stay with them for a few days so that she and the rest of the family can spend as much time as possible together. David is the only person available who can make them feel closer to her son. Each member of the Peterson clan has their own reaction to this sudden, new house guest. As the days tick by David’s increasingly strange actions begin to raise questions about his true motivations and possibly even his identity. 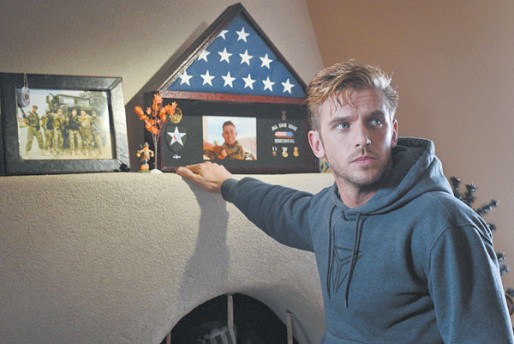 Director Adam Wingard crafts a curious work that has the look and style of an ’80s Dino De Laurentiis thriller, complete with the signature campiness so prevalent in many of them. It combines an odd mixture of creepiness, eroticism and awkward comedy before finally devolving into a mindless mess.

This is a thriller built for the dim-witted. It fills much of its time bludgeoning the audience with foreshadowing scenes every bit as reliable and obvious as night following day. Nothing that happens is, in any way, believable. No one invites a total stranger into their home to stay for days at a time — especially one that looks like David — when you have easily impressionable kids at home, including an attractive daughter nearly 20 years old.

As a lead, Stevens does his best with the material. Even his simplest of smiles causes the hair on the back of your neck to stand at attention. As the doe-eyed but questioning daughter, Monroe likewise gives a solid performance.

The characters themselves really distract from the immersion. The worst offender is the father, who spends the first half of the film acting like a complete jerk for no discernible reason before instantly transforming into a guy who tells David every intimate detail of the family’s existence. Adding fuel to the fire is a plot point that materializes out of thin air around the middle of the film just as you’re coming to grips with the main story. This new distraction takes the film in a completely unexpected, unnecessary and ludicrous direction that continues through to its conclusion.

This is yet another film that features a series of odd cuts and dramatic set pieces created entirely for the artsy crowd but having nothing to do with telling a good story. It’s one guest whom I wouldn’t let into my house and certainly not into my wallet.