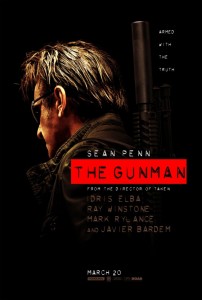 A corporate mercenary has to deal with heavy consequences after a high-profile hit sends him into exile in The Gunman.

Terrier (Sean Penn) works as a covert security operative for a Non-Governmental Organization (NGO). In more direct terms, he’s a corporate hit man working for a group of international mining companies in the Congo. When that country’s Minister of Mining gets in their way, Terrier is assigned by his team leader, Felix (Javier Bardem), to take him out. Once the deed is done, Terrier knows that he’ll have to immediately flee the country and disappear into prolonged obscurity. His is not the kind of role that can withstand any exposure. It also means that he’ll have to leave behind his unsuspecting girlfriend Annie (Jasmine Trinca) without explaining the dirty details of his hasty retreat.

Eight years later, Terrier is confident that the past is forever lost to history and returns to Africa determined to turn over a new leaf. He signs up for a goodwill mission as a simple project manager, hoping to live out a quiet, uncomplicated life. His plans are dashed when a professional hit squad shows up with specific orders to eliminate him. Terrier has to reach out to his old team to find out exactly who might want him dead and why. 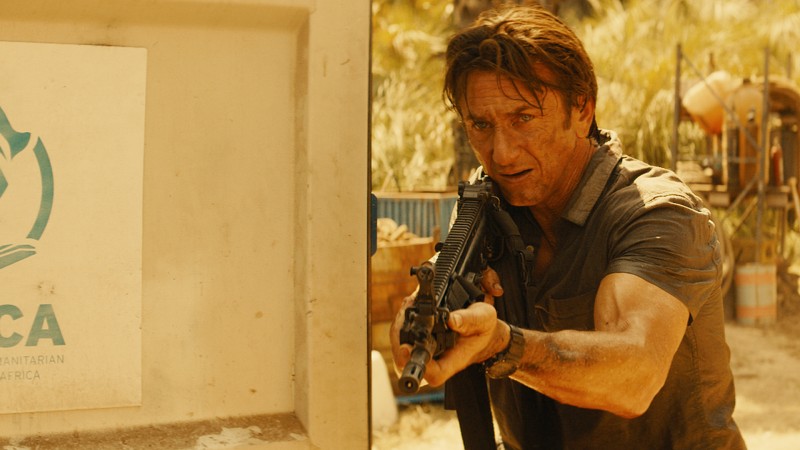 Director Pierre Morel returns to the big screen with another highly-suspect action thriller, having previously directed Taken, my worst film from 2009. This time around, the stars are different, but many of the same problems exist. Once again, we get a film with a lead who seems a good 15 years beyond what’s believable. As if in total agreement, Morel responds with several entirely unnecessary shots of Penn without his shirt on because nothing sells an audience on an older actor than obviously older muscles. Most curious is that we have to wait at least 20 minutes before the film deigns to explain what Terrier is even doing there.

Also as before, Morel leads us into one incredulously coincidental scene after another. We’re led to believe that Terrier suffers from a brain injury, but it only materializes at the most opportune times before vanishing once the bullets start flying. Topping it all off is the character of Felix. He’s so over-the-top unlikeable and creepy in every scene that we can’t, for even a moment, believe anything but the worst about him.

Despite all of it, the film still amazingly manages to provide just enough entertainment to keep it from being a complete waste of time. It could have been better, but it comes up just too many bullets short of a full clip.