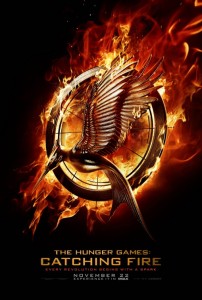 Victors of the previous year’s games find anything but the peace they were promised in The Hunger Games: Catching Fire.

I need to point out right up front that I never read any of the incredibly successful books behind the films. As such, I can’t really speak to the faithfulness of the story from book to film. I also wasn’t taken with the previous adaptation for the initial 2012 film, so I never saw it in theaters. When I did finally see it several months later, I wasn’t all that impressed with it. I found its concept a bit outlandish and its cartoon-like characters overly distracting. However, in preparation for this latest entry, I sat down to watch the original again and enjoyed it much more the second time around.

In the latest film, Katniss Everdeen (Jennifer Lawrence) and Peeta Mellark (Josh Hutcherson) return home to District 12 in hopes of putting the whole experience of the past Hunger Games behind them. Unfortunately, their incomparable and highly unexpected victory has sparked a following that the government — most notably President Snow (Donald Sutherland) — now sees as a threat. The only viable solution is to assure Everdeen’s demise by returning her to this year’s Games. To pull that off, Snow introduces a new twist to the 75th edition wherein all the participants will be drawn from the remaining pool of past victors instead of the populace at large.

This installment in the series involves much deeper political intrigue and outright malfeasance. While most of the characters remain the same, the feel of the film is dramatically different. We see a much dirtier, more ruthless and more cynical world than before. The script carefully peels back the curtain to let us see the inner turmoil.

Much of my concerns, however, remain. I still find large elements of the story to be too fantastical or distractingly contrived. The biggest example is the most obvious. Winners of past games were promised their freedom and are forever exempted from future Games. The excuse given to bring Everdeen back is entirely dubious and feels very much as if author Suzanne Collins never expected the story to reach a second book. 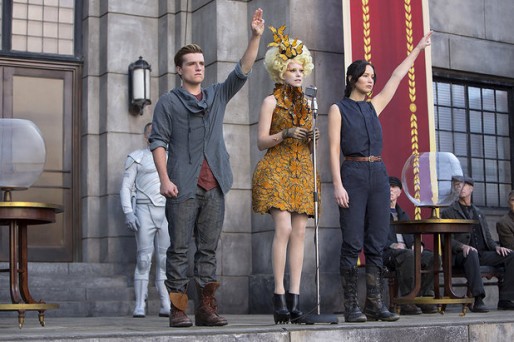 There’s also the stark difference in Lawrence as Everdeen between the films. Everdeen was 16 in the first installment and is supposed to be 17 here. Lawrence, by contrast, is now 23. In the first film, she’s able to convey a youthful innocence that’s essential to our buying into the entire premise. This time around, she doesn’t look 17 in the slightest. Gone is the comforting innocence replaced by what feels like a an actress more concerned about her personal Hollywood image. Several shots look like they came right out of Vogue.

There are also the fantastical bits that this film expands upon over the original. Often, these types of things are fine in book form but can look downright silly on film — and did so here for me. Finally, when the ending does come, it’s extremely abrupt, making you feel as if the entire film was little more than a long teaser for the next film.

The wacky outfits, the overdone stereotypes and the all-too-convenient enemies that can be created out of thin air just aren’t my cup of tea.