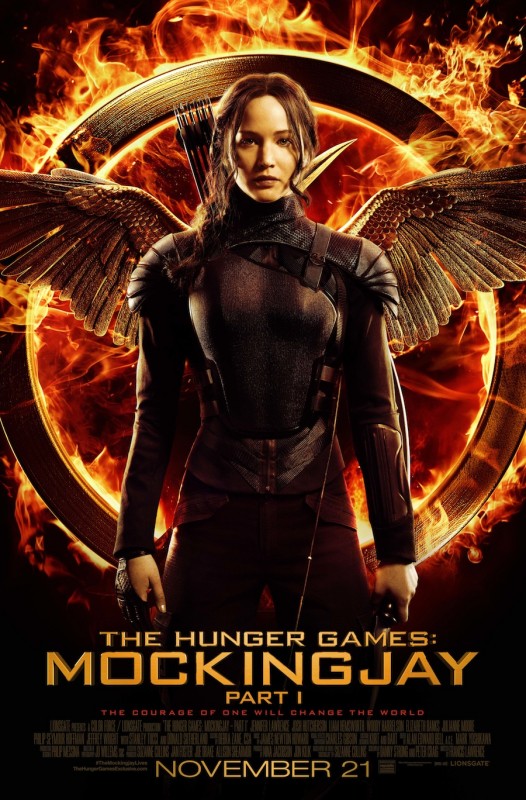 I’ve never been a fan of splitting movies. In recent years, when the last Harry Potter book was split into two movies, it opened the floodgates for other series like Twilight, The Hunger Games and The Hobbit to do the same. If I thought like a movie producer or company, I would see the brilliance of this strategy. Instead, I look at it as a fan of movies and stories. In most cases, splitting stories doesn’t work and leaves audiences wanting more at the very instant that the credits roll after some cliffhanger or inconclusive scene. Despite my resistance to the idea, there was enough content in Harry Potter and the Deathly Hallows to find a good place to break up the story. That’s not as true with Twilight or The Hobbit. I greatly enjoyed The Hunger Games and The Hunger Games: Catching Fire, but the abrupt ending of the latter really pissed me off. I had hoped for something better in The Hunger Games: Mockingjay – Part 1. Boy, was I wrong! This is an entirely different type of movie altogether without any of the titular games to drive the plot. The Hunger Games with no games just left me hungry for something more.

Director Francis Lawrence reprises his role from The Hunger Games: Catching Fire, yet there are two new writers to adapt the novel Mockingjay by Suzanne Collins. Peter Craig was a cowriter of The Town, and Danny Strong was the writer of Lee Daniels’ The Butler and an Emmy-winning writer for Game Change. This film doesn’t exactly pick up right where the last one left off. Some time has passed, and Katniss Everdeen (Jennifer Lawrence) wakes up in an unfamiliar room. Retrieved by new character Boggs (Mahershala Ali), Katniss is presented to President Alma Coin (Julianne Moore with uncharacteristic long, straight, gray hair) as the perfect person to symbolize the resistance in the guise of the Mockingjay to the Capitol. You see, this story is all about rebellion against the system that created the titular games and its leader, President Snow (Donald Sutherland). The rebels are in an underground bunker in District 13. Katniss’s friend and game partner Peeta Mellark (Josh Hutcherson) seems to be in Snow’s back pocket, while she has the support of old flame Gale Hawthorne (Liam Hemsworth), mentor Haymitch Abernathy (Woody Harrelson), advisor/strategist Plutarch Heavensbee (Philip Seymour Hoffman) and wheelchair-bound Beetee (Jeffrey Wright).

Silly character names notwithstanding, this is a solid cast, and it’s well known that Hoffman died while filming this pair of movies. I didn’t notice any shortcuts that they used to insert him into scenes; I think that he actually completed all of his work here and that the trickery will appear in the next film. Lawrence overacts in some scenes where she’s a little crazy, but she otherwise does a fine job. Harrelson provides the comic relief, and so does scene-stealing Elizabeth Banks as etiquette teacher and chaperone Effie Trinket. Unfortunately, Effie wears drab clothes just like everyone else in the underground location, so part of her character’s allure is lost. I was most impressed with Natalie Dormer as Cressida, a director from the Capitol who has a camera crew with her to document the rebellion and produce propaganda videos. Dormer shaved half of her head for this role, and regardless of this styling, Cressida is a badass with Dormer radiating strength and confidence in every scene. Sutherland is not nearly as effective as a villain here with a stereotypical approach that all but has him twirling his moustache. 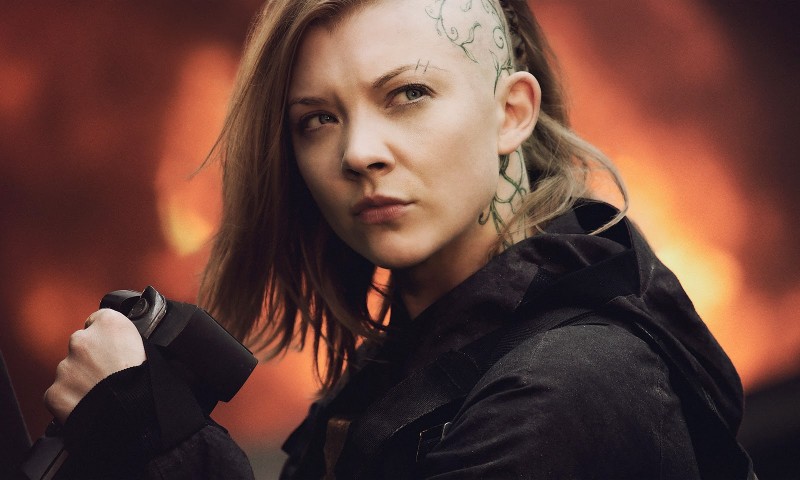 All of the elements are there for an exciting movie. Unfortunately, nothing much happens, and the plot is rather boring. There’s plenty of talk about revolution and recording it for posterity. There are attacks, and Katniss gets to use special arrows now and again. I only wish that there was more action rather than the inaction of sitting around a bonfire planning for the future and singing songs. This is all a prelude for what’s sure to be a better second film. That’s not an excuse for a lifeless first one. Harrelson doesn’t show up for at least a half-hour, and he was sorely needed in those first minutes to bring life to the party. The claustrophobic feel of the underground location with the outside world so dangerous called to mind The Matrix and its sequels. It would have been better to make a three-hour movie that would have been awesome than simply cut an imbalanced book into two halves and expose its weaknesses.

They certainly spent money on the slick production, and it all looks like I would expect from the previous films. There’s a great sequence when Katniss goes home to a bombed-out street to retrieve some personal belongings and the family cat. In a series that had some amazing costumes, it’s disappointing that most of the characters wear drab brown clothes that call to mind sackcloth. I was impressed with the black leather that Katniss and Cressida’s team don when they go out on one of their video sessions. I immediately thought that Lawrence would make a great Batgirl because Katniss’s outfit gave off that vibe. After playing Mystique, I don’t know that Lawrence would tackle another comic book character, but it has to be better than whoever they have lined up in the upcoming Ben Affleck era of Batman.

It’s not nice being the downer in the crowd. I wanted to like this sequel. There’s just not enough meat on the bones, and the actors are just going through the motions until the finale of the series. The strongest indicators for me of what’s wrong with this penultimate film are the removal of Effie’s bright, colorful costumes and the plodding Lorde song that plays over the credits. I don’t buy the argument that this is a “darker” story, either. There are plenty of captivating, dark plots. Just like the characters have to endure the horrors of their living conditions under the regime of President Snow, I felt like I had to endure the scenes until the much-better final few minutes that set up the next movie. Had the film started with those minutes… Oh, wait… Yeah, I can’t wait to see what happens in Part 2. Until then, if you simply must get your fix of Katniss or Lawrence, there are other choices that are far more filling and satisfying instead of this tasteless turkey released just in time for Thanksgiving.