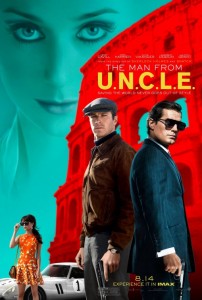 An unlikely team of international spies join forces to keep a shadowy criminal organization from acquiring a nuclear bomb in The Man from U.N.C.L.E.

James Bond burst onto the big screen for the first time in 1962 with the release of Dr. No. Its success created a frenzy of new films and shows eager to cash in on the public’s latest craze. TV viewers found their fix in shows like Mission: Impossible, I Spy, The Avengers and even the iconic spy parody Get Smart. What most people may not know is that Bond’s creator, Ian Fleming, also had a hand in creating a competing show. Originally titled Ian Fleming’s Solo — after its main character, Napoleon Solo — The Man from U.N.C.L.E. aired on NBC from 1964 to 1968.

In the latest incarnation, American super spy Solo (Henry Cavill) is paired with despised Soviet equal Illya Kuryakin (Armie Hammer). The two are tasked with tracking down a missing German scientist believed to be developing a nuclear bomb for an unknown criminal syndicate. Their only lead is the scientist’s perky daughter, Gaby Teller (Alicia Vikander), a resourceful East German car mechanic. The three travel the world in a race against time to keep the world from collapsing into chaos. 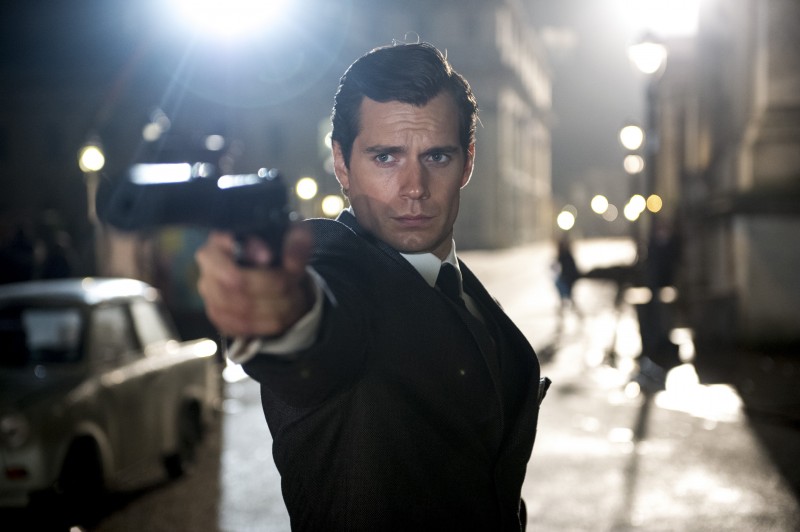 The film opens with a scene that’s crisp, electric and engaging. Director Guy Ritchie spends the rest of the film struggling to equal it. This is an effort that suffers heavily from a severe case of split personality disorder. It teases us with hints of being a slick thriller, a snarky comedy, a racy romance and a frenetic action film, but it fails at every one of them. It’s overloaded with glib dialogue that’s initially interesting, but feels contrived after the first 30 minutes. The action sequences are much the same. Their comic-book styling initially grabs our attention, but it holds it about as long as a small child’s fascination with a shiny bauble.

Ritchie gives us a treatment that feels like a touch of Quentin Tarantino and a smidgen of Wes Anderson. That’s like trying to impress a restaurant patron with a whiff of white wine and a pinch of filet mignon. Not only do they clash, but neither is also in enough supply to matter. The same minimalistic approach applies to many of the characters. Amazingly, the film fills us in on the details behind its two male leads during the closing credits. Fast becoming Hollywood’s hottest star, Vikander benefits from a character with just enough backstory to make her worthwhile. Even the film’s iconic acronym goes unexplained!

This overly long adaptation is a film that you very much want to like but just can’t. In the end, it left me crying uncle.