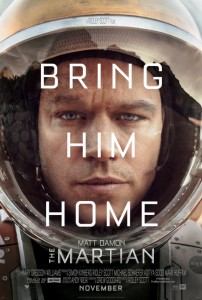 An astronaut stranded on Mars tries to survive its hostile environment in the spellbinding sci-fi thriller The Martian.

Botanist/scientist Mark Watney (Matt Damon) is living out an incredible dream. He and his fellow shipmates are astronauts conducting a mission on the surface of Mars. An unexpected calamity forces the entire crew to rush back to their return vehicle and head for home. There’s just one problem — Watney is not with them. He’s still down on the planet, left behind like Kevin McCallister in Home Alone. The big difference is that this home is nearly out of essential supplies and the rest of the family is millions of miles away. Humanity is planning on coming back eventually, but not until long after those supplies run out. What’s a lonely astronaut to do? Make the best of it, of course.

Mark knows the odds of his making it are as distant as the world back home. He’s faced with two choices: curl up into a ball and die, or do everything possible to survive. If he has any chance at all, every option will be on the table — including the table — and he’s going to have figure it all out on his own.

Director Ridley Scott returns to winning form with his best film since 2001’s Black Hawk Down. This is the stuff that fires the imagination. The look and feel are absolutely mesmerizing and memorable. There’s also a wonderful dose of witty dialogue spread throughout. It’s a film that grabs your attention and never lets go.

The bulk of the story depends heavily on the performance of Damon as the lone inhabitant of a desolate, hostile world. It’s his vehicle, and he drives it to perfection. The rest of the cast do a fine job, but they really don’t have much of a chance, or a need, to develop more fully.

So is this just 2015’s Gravity? They’re both set in space and both present an isolated character fighting against all odds to survive. They are, however, quite unique. The main difference is the temporal contrast between the two characters’ plights. Watney is in mortal danger, but his challenge is spread out over many months, resulting in a much longer story arc. While Gravity is a rip-roaring roller coaster, this is an epic journey.

There are a few scenes that simply don’t ring true, and one is so over the top that it pulls you right out of the moment. Aside from those few missteps, this is a Robinson Crusoe tale for a new generation. 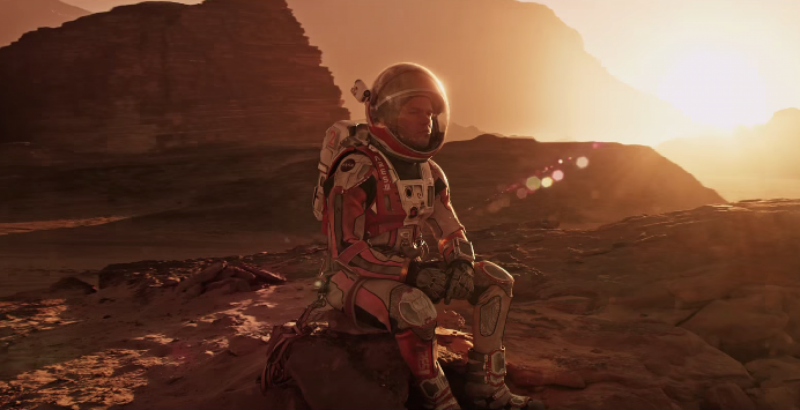