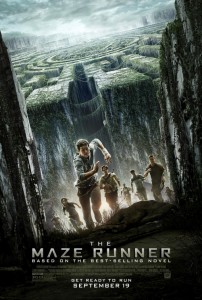 A confused teen finds himself trapped at the center of a massive maze with no memory of who he is or his life before in The Maze Runner.

Thomas (Dylan O’Brien) is jolted awake from a foggy haze, unsure of everything he sees around him. He’s encircled by dozens of grizzled, suspicious boys who forcefully introduce him into their midst at the center of a large glade surrounded by enormous, imposing walls. He quickly learns that, just like him, the others have no memory of a life before this place. They appeared, as he did, bewildered and scared amid an allotment of supplies delivered each month from a subterranean elevator. Thomas is told that the walls house a giant stone maze that the boys have been carefully mapping out since the first inhabitant, Alby (Aml Ameen), showed up three years ago.

Everything about this place is a complete mystery. None of the boys has a clue as to why they’re there or who’s behind the monthly deliveries. To survive its harsh, otherworldly environment, they’ve separated into specialized work groups. Some of them are leaders, builders or farmers, then there are runners. The maze is much more than a static stone structure. Each morning, a single set of huge doors grants access to the fastest captives of the group as they attempt to map its countless pathways in hopes of finding a way out. They make sure to return each evening before the doors close because no one has ever returned after a night inside the maze. That’s when all of them hear the haunting, shrill sounds of patrolling creatures they call grievers emanating from within. 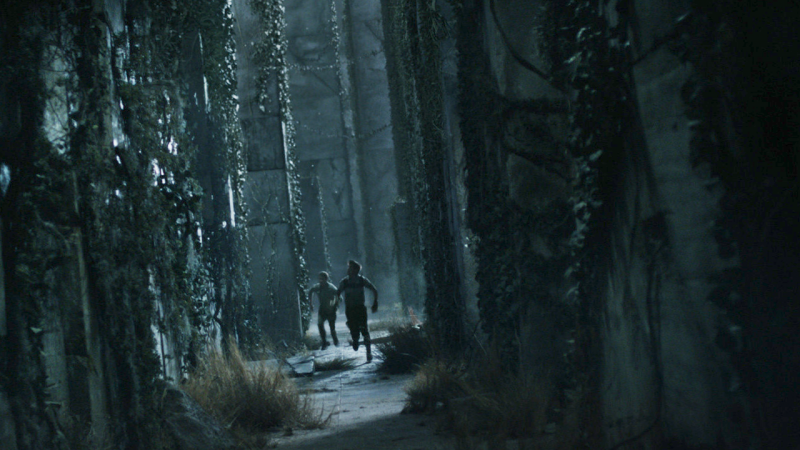 This is an adaptation of the first book in a best-selling trilogy from author James Dashner published in 2009. Its heavily dystopian, youth-driven themes immediately bring to mind the highly successful The Hunger Games — a point not lost on Hollywood execs eager to launch a compelling alternative of their own. Whereas that series centers on a competition, this one focuses on kids simply looking for answers and escape. It boasts wall-to-wall spectacular special effects, a heart-pounding pace and a plot with just enough bread crumbs to keep you focused on the action.

The one frustrating element of the adventure is its reliance on highly ambiguous dialogue. Often, the more veteran characters have the answers we seek, but instead, we’re needlessly kept in the dark about the film’s most obvious questions.

The real power of the film is the magnetic nature of the maze itself and the potential freedom that lies beyond. How fast will audiences run through the turnstiles? I’m betting fast enough to usher in another installment or two.