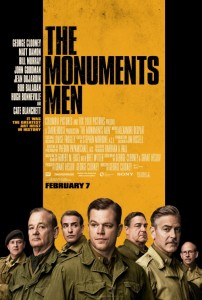 World War II Allied forces commission a group of art historians to track down and recover priceless works of art stolen by Nazi Germany in The Monuments Men.

War claims many casualties, but one we rarely consider is the potential loss to the world of art. For many, it must seem almost criminal to try to weigh the value of a painting or sculpture against that of a human life. Then again, preserving our way of life — including our history and, thus, our art — is at the heart of why we wage war in the first place. As the Nazis stormed through Europe, they appropriated millions of its greatest artistic treasures. Adolf Hitler deemed any non-Aryan painter as degenerate — including Van Gogh, Matisse and Picasso, to name but a few — and sought to destroy all of their combined works. Those lucky enough to avoid this distinction had their works taken for mass display in an as-yet-unbuilt grand museum. The Allies brought together a ragtag bunch of art experts to do whatever was necessary to locate and return as many works as possible to their rightful owners.

The film is a loosely-based retelling of the people responsible for that herculean effort. The team is represented by an all-star cast, including George Clooney, Matt Damon and Bill Murray. Also involved is a French art expert, played by Cate Blanchett, who was compelled to work for one of the key Nazis behind the rushed evacuation of countless French-owned masterpieces. 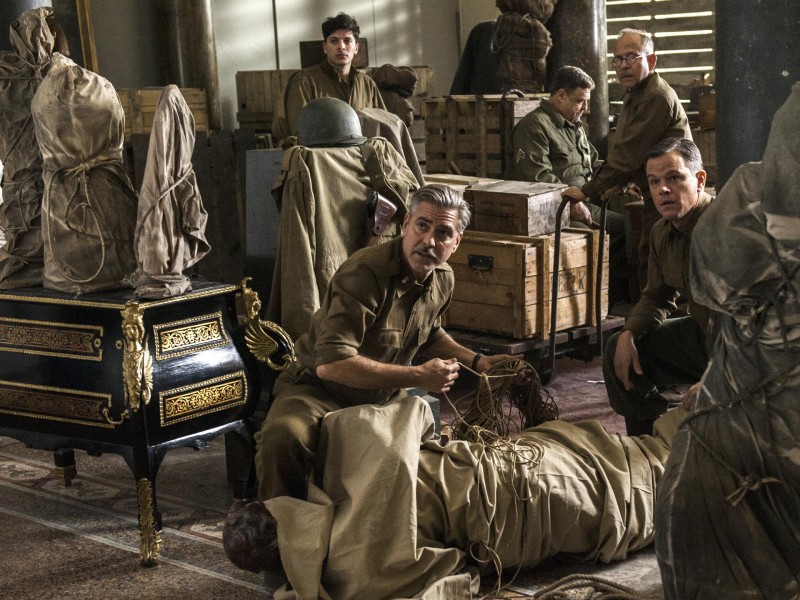 Unfortunately, this Clooney-penned retelling somehow fails to find the right palette to leverage what should have been a deep well of captivating stories. For starters, few of the characters are defined enough to get a real sense of their urgency or inner motivation. These academics, many well past their prime, choose to risk their own lives gallivanting across a live battlefield — all in the name of art. This extraordinary leap demands a bit more explanation than what we’re given.

The casting is also at the heart of a key distraction. A glance at the film’s poster suggests more than a hint of a comedy at play. Murray and Bob Balaban are Wes Anderson standards, while John Goodman is almost always relied on to bring the outrageous. Much of the early film feels the weight of this burden as it tries to walk the tightrope between drama and comedy and often fails at both as a result.

Even worse, the script has the men bouncing around Europe with seemingly no sense of direction or plan. Blanchett’s story feels as if it’s been tacked on in an attempt to distract us from the core group’s futility.

Only near the end does if finally find its legs, settling into the touching drama it should have been from the outset. Only then, it’s too late.