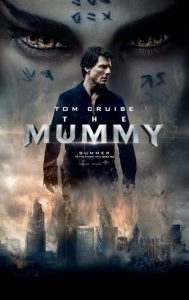 An evil princess returns to life and her quest to serve an ancient god in The Mummy.

Every woman whom I know gets feisty after being cooped up in a car for a few hours. I can only imagine how pissed off they’d be if the journey lasted a few millennia, without a single bathroom break.

Power-hungry Ahmanet (Sofia Boutella) so wronged her people that they not only buried her alive, but they also shipped her sarcophagus to another far-off land and submerged it deep below the surface surrounded by ominous warnings to anyone who might later find her. Needless to say, when a trio of opportunists do eventually unearth her, she’s in no mood for small talk.

This reboot of the classic horror story is the first in Universal‘s planned Dark Universe series comprised of its most famous monster tales. The only other installment already set for release is Bride of Frankenstein, which seems a bit premature given the lack of a story about the groom. The big question for the current film is if it would borrow most from 1932’s original starring Boris Karloff or 1999’s version starring Brendan Fraser. The answer is pretty much neither.

The one thing that this film borrows from the Fraser era is that main star Tom Cruise isn’t the title character. He’s one of the trio who stumble upon the mummy Ahmanet while crossing Iraq in search of plunder. His corruption-tainted, pseudo-soldier Nick Morton is the main focus of this origin story. Sadly, the film borrows almost nothing from the 1932 classic and barely qualifies as a horror film. It shares more with National Treasure or The Da Vinci Code than with The Exorcist.

The story is a bit of a whirlwind of competing subplots surrounded by just enough thrills and chills to keep everyone engaged. The humor is limited, but it is always well placed and makes good use of a few curious surprises. The visuals are dark and effective, if not original. In a summer season hopefully filled with luscious desserts, this is a freshly buttered croissant. It gets the job done, but it’s not anything that you’ll recall later with much regard. 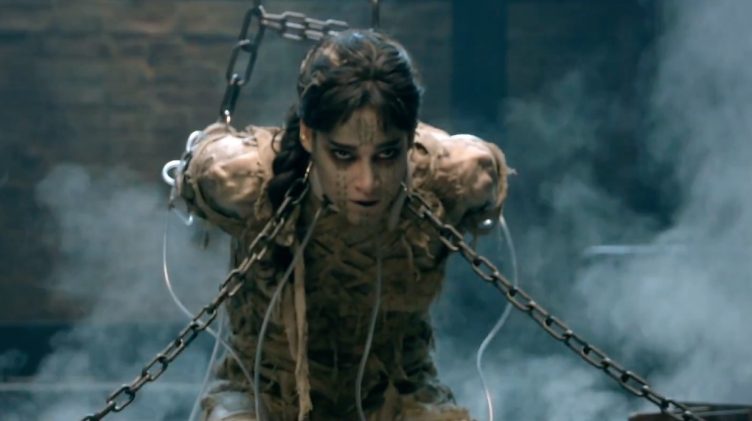