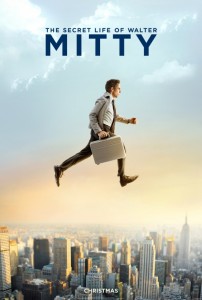 A perpetual daydreamer, longing to break free from his mundane life, jumps at an unexpected opportunity in James Thurber‘s classic tale The Secret Life of Walter Mitty.

Walter Mitty (Ben Stiller) is your typical geeky introvert. He goes through each day wondering what life would be like if only he could escape the chains of timidity that keep him forever tied to an anonymous and dull existence. He works in the busy offices of LIFE Magazine but is relegated to the negative asset department, which is every bit as dreary as it sounds.

Unlike most introverts, Mitty goes into such deep bouts of fantasizing that he literally zones out for long periods, often right in front of those around him. This form of escape is never more prevalent than when he engages Cheryl Melhoff (Kristen Wiig), the girl of his dreams. Just when it seems like nothing is ever going to change for Walter, life (or perhaps LIFE) throws him a curious curve. The magazine has fallen on hard times and is ending their long, successful run as a print publication. That, of course, means that almost everyone is going to be let go, including Walter. The last task is to produce the best possible final issue of this iconic American classic.

Everyone wonders what the final cover will be, and they’re all sure it’ll come from the award-winning photojournalist Sean O’Connell (Sean Penn). There’s just one problem: O’Connell’s critical negative has gone missing. It’s Walter who leaps at the chance to put things right. 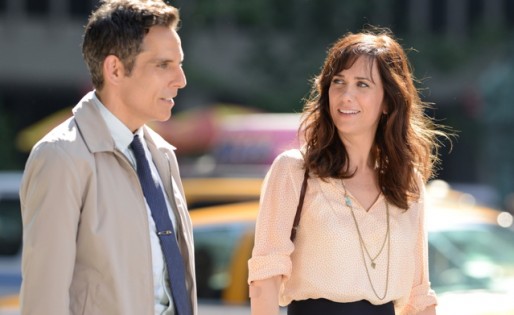 This is the second time the book’s been turned into a film. The first time around was 1947 with Danny Kaye in the lead role. This time around, Stiller takes the reins as both the lead actor and the director. His version of the story is a very stylized and quirky film that’s sometimes reminiscent of a Wes Anderson film. It’s loaded with captivating visuals from some of the most beautiful places on Earth.

The biggest problem with the story is its inability to suspend disbelief. Time after time, the viewer is yanked out of the film by unnecessary plot elements, like Walter’s cell phone getting great reception in the remotest of locations. It doesn’t help when nearly all of Walter’s challenges get resolved with unrealistic ease.

Two supporting performances bear mentioning. Shirley MacLaine, as Walter’s mother, is wonderful. Patton Oswalt, as a customer service rep for eHarmony, is absolutely hilarious. I did find it a bit odd that Stiller’s wife, Christine Taylor, was nowhere to be seen in the film.

On the whole, this is an uneven effort. The stunning locations and solid soundtrack just aren’t strong enough to carry the weak script. It has its moments, but they’re not enough to turn it from daydream into reality.