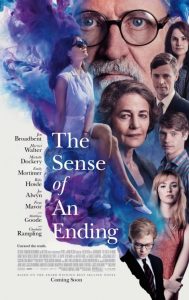 A curmudgeonly old senior is reminded of his hazy past in The Sense of An Ending.

A film based on a best-selling novel starts off with a potential handicap. The loyal followers of the book look for the film to be true to source, often in fanatical detail. One wrong move could risk that entire audience. This film is the perfect example of a project that should have ignored huge swaths of its origin but didn’t. It’s a slow-burn affair with no spark.

We experience the film more or less from the vantage point of Margaret Webster (Harriet Walter). She’s the ex-wife of Tony Webster (Jim Broadbent), with whom they share the very pregnant daughter Susie (Michelle Dockery). Tony receives a letter that brings on a series of nostalgic memories that he discusses with Margaret, but in the most chaotic ways possible. He’s no more than a few minutes into his story when we’re already lost about key details. The confusion is magnified by nonlinear flashbacks and oddly morphed shots that mix past and present. We desperately try to follow countless bread crumbs, but find that they all lead to nowhere. It’s like trying to decipher intricate detail through a dense fog. None of it is a failure of our ability to keep pace. It’s all just lousy storytelling. 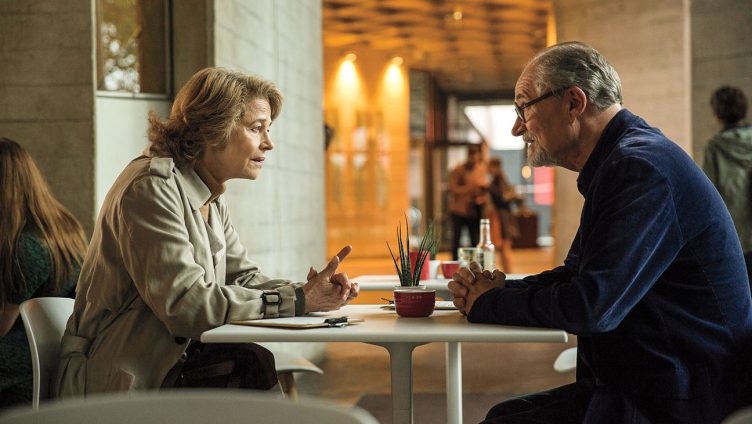