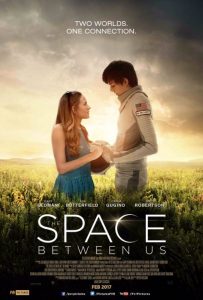 The first human born on Mars returns to Earth and falls in love with the human experience in The Space Between Us.

The concept behind this film is downright intriguing. Any sci-fi and romance fan is sure to be drawn in by its premise. However, there is a difference between potential and reality. The space between them is often as vast as the distance between planets. The earliest moments of the film live up fully to its promise before crashing to the surface over a huge credibility gap. I’m not talking about minor details here. The story used up its entire allotment of those before it reached the point of potential no return.

For some unfathomable reason, the writer just ignored the most basic realities of space and distance. Our young hero, Gardner Elliot (Asa Butterfield), reaches out to a young woman his own age (Britt Robertson) back on Earth. Their dialogue takes place over a Skype-like app with video as crisp as any call you’d make between floors of your home. The story presumably takes place in the very near future, yet no explanation is offered as to why their conversations are not subject to the 11-minute delay (on average) that the speed of light would dictate. That’s not exactly something that Gardner could easily explain away. However, once he reaches Earth later, we’re supposed to believe that he has no clue about common life on Earth, including a horse. Apparently, Martians can stream video in real time, but Netflix is out of the question.

Time and again, the writer ignores not only physics, but also even basic human emotions and responses. 1984’s Starman tells a similar story without the gaffes and without running about an hour too long. The most impressive thing about the film is that it almost overcomes these insurmountable errors. Gardner’s fish-out-of-water story is that compelling. We want so much to believe in it that we’re nearly willing to ignore the obvious. Nearly. 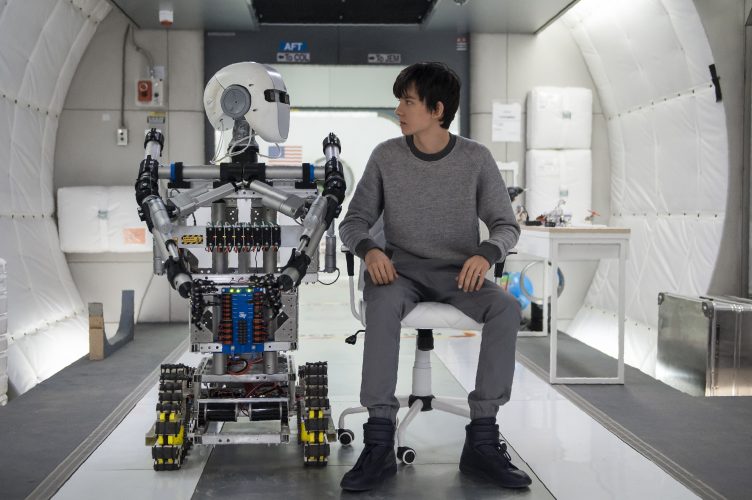