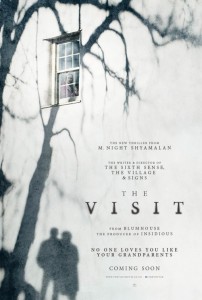 Two young siblings spend a disturbing week with their estranged grandparents in the painfully sophomoric thriller The Visit.

Single mom Paula Jamison (Kathryn Hahn) left home in a huff 15 years ago and never looked back. A decade-and-a-half later, Paula feels the guilt of raising two children with no knowledge of their own grandparents. She arranges for the kids to spend a week with them while she embarks on a romantic vacation. Aspiring film buff Rebecca (Olivia DeJonge) and her rap-happy younger brother Tyler (Ed Oxenbould) head off to a sleepy Pennsylvania town to meet the elder Jamisons. For them, it’s a week that they won’t soon forget. For the rest of us, it’s a visit that we quickly regret.

Writer/director M. Night Shyamalan is Hollywood’s poster boy for lost potential. The Sixth Sense was so full of promise that, 16 years and eight increasingly bad films later, we still hold onto the belief that this time things will be better. No. They won’t be. Shyamalan is a has-been. There’s nothing left in the tank. It’s a shame, for sure, but the biggest shame of all is that we keep believing. 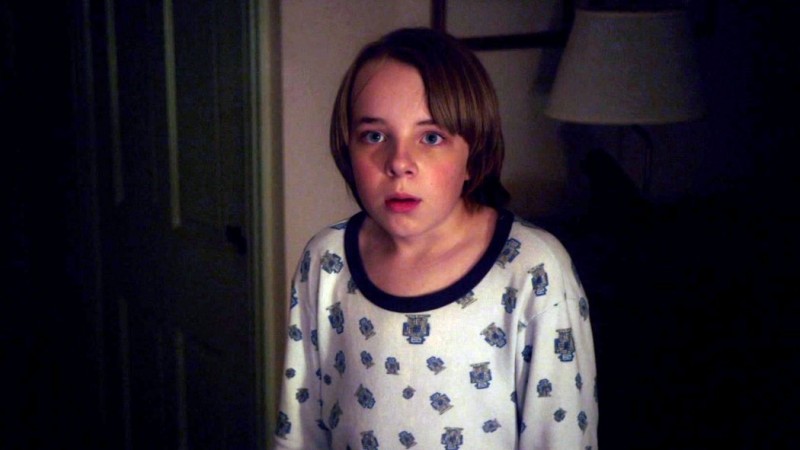 His latest effort — if you can even call it that — seems at best the work of a first-timer with a bad case of myopia. Did he even read the script once through after writing it? It’s the horror equivalent of a knock-knock joke. The trouble starts with a completely ridiculous opening premise — that a mother would send her two young children alone to visit family whom they’ve never met and to whom she hasn’t spoken in well over a decade. No. No. No. No. NO!

Still not sure he’s out of ideas? How about the decision to turn this into a found footage film? That ran its course halfway through The Blair Witch Project in 1999. Today, it’s the hallmark of timeless films like Paranormal Activity 3. Still not sold? Add in a location better suited for a remake of The Brady Bunch and a mail-order soundtrack from the 1940s.

Topping it all off is that there’s just no tension. The scariest moment of the film is as cheap as they come. Walk up to a stranger and shout, “Boo!” That’s the level that we’re talking about here, and that “high point” gets reached a grand total of once. I can say, in all honesty, that I spent more time stressing about the sticky theater floor than I did over any portion of this entire film.