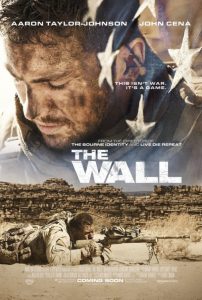 Opposing snipers square off in a battle of wills, skills and interminable patience in The Wall.

This is a Grandmaster chess match played on a sand-covered, heat-tempered battlefield for the ultimate stakes of life and death. An American sniper team (Aaron Taylor-Johnson and John Cena) investigating the demise of pipeline contractors find themselves pinned down by an enemy sniper with a major tactical advantage. Their only protection is a meager, ramshackle stone wall that sits precariously between them and their unseen adversary.

Action is not the focus here. What little there is comes in short bursts of instantaneous flashes. This is about the tension and terror of the unknown. A single wrong move is the difference between survival and permanent darkness. Even the sound of a fatal shot will mock you, crossing your dead body like a ghostly apparition seconds after you fall.

It’s a measured approach to storytelling that can be a real challenge with audiences. Thankfully, the script from first-time writer Dwain Worrell gets a flawless assist in the practiced hands of director Doug Limon (Edge of Tomorrow, Mr. & Mrs. Smith and The Bourne Identity). As the unfortunate soldier behind the wall, Taylor-Johnson gives the audience the essential connection to make it all work.

What’s this film really feel like? Imagine being told that you have just one day to live. Every 20 minutes, the same voice pops into your head to remind you. That repeats for hours on end in the blistering, filthy heat of a land far from home. It may be a single monotonous tone, but what an amazing tone it is. Checkmate. 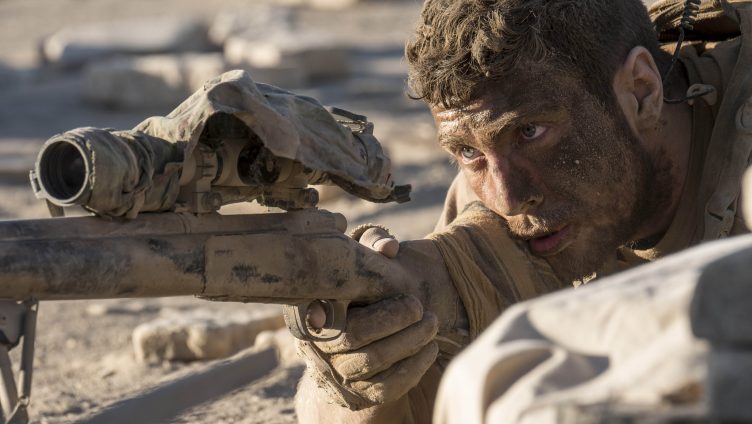