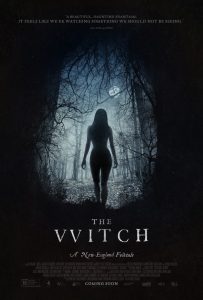 It’s really not that hard to make a good horror movie. From elaborate productions to small films, the right elements can come together to terrify an audience if you have the right filmmaker to guide the whole affair. Sadly, The Witch is not one of those great horror experiences. It has too many instances where it strings you along with no payoff. You can throw all of the spooky or Satanic elements up on the screen, but none of it works if a film doesn’t have the proper pacing and plot. The Witch misses some ingredients in its concoction and falls short of conjuring up a truly horrific experience.

The events of The Witch take place around 1630 in New England, significant because it’s decades before the happenings in Salem in 1692. First-time writer/director Robert Eggers takes on a huge challenge by creating a period piece. The plot centers on a Puritan family who is banished from a plantation and goes off into the wilderness on their own. Parents William (Ralph Ineson) and Katherine (Kate Dickie) load up their belongings on a cart and head off with five children in tow. Teenage daughter Thomasin (Anya Taylor-Joy) is coming of age and at that stage in life where she’s torn between looking after her younger siblings and tending to her own desires. The other children include Caleb (Harvey Scrimshaw), twins and an infant. I won’t go into too much detail because the only elements that the film has going for it are the creepy details. Once settled, the family experiences ominous and devastating events that begin with the disappearance of the baby while Thomasin is watching him. The family members turn on each other and experience paranoia and fear of the unknown as they look for answers.

In a quiet, insular movie like The Witch, the cast is so very important. Lead actress Taylor-Joy does everything right in her performance. Part scared teen and part impetuous youth, her Thomasin is believable as the magnet for supernatural phenomena or perhaps the cause of them. Keep Taylor-Joy on your radar. Ineson and Dickie have both appeared in Game of Thrones among their long lists of credits. They have commanding presences, which translates to the kind of hardy New Englanders whom their characters are supposed to be. The twins (Ellie Grainger and Lucas Dawson) are short, pudgy and weird — exactly what I want in a horror film. The biggest problem with the cast is that they possess an assembly of strong accents. Subtitles should have been supplied in almost all of the scenes with lots of dialogue. It’s easy to get lost in trying to make out what the characters are saying and get taken out of the film experience.

I hoped that I would like The Witch because I long for a great, spooky movie. There are so few of them these days because many lazy filmmakers think that cheap scares and twist endings make good films. Most of what’s wrong with The Witch can be traced right back to Eggers and choices that he made. The setting is perfect with a family all alone on the edge of a deep, dark forest. Almost everything else about the film is not. One major blunder is that Eggers fades to black a few times and holds on that black screen for far too many seconds, thus losing the pacing. You can have moments to breathe in a motion picture, but you have to earn those moments with relentless terror or at least consistently captivating occurrences. The Witch has neither. These blank spots are also matched in misstep with the score by Mark Korven. He leans heavily on the strings and creates tension that doesn’t always match the energy on screen. It’s a cheat to slam an audience with loud strings just like it is for spooky characters to quickly come into focus for cheap scares.

The biggest problem with The Witch for me is that it’s impossible to tell what’s real and what’s imagined. Perhaps that’s the selling point of the movie. I can handle dream sequences and imagined, hyperrealistic events. When there’s no distinction between these scenes and a film’s reality, you get left in the dust with no chance to figure out what’s going on. Even after seeing the finale, I have no idea whether certain scenes were real for the characters or just perceived or imagined from the family’s paranoia. You can’t hang your hat on that and get away with it from a rabid horror fan like myself. Am I supposed to make out what that character is doing in the dark, or is the mystery the end goal of the scene? Eggers uses animals at key points in the proceedings, specifically a black goat, a raven and a brown bunny. The use of these animals in the overall plot or meaning of The Witch as opposed to specific scenes is about as meaningful as the titular animal to the Vincent Gallo cult film The Brown Bunny. The black goat is called Black Phillip by the family, so it’s actually there in the homestead, but the presence of the other animals could be symbolic, imagined or real. I don’t know. I had given up on The Witch at that point.

I read a quote from Stephen King that The Witch terrified him. He’s from Maine, and the film takes place closer to him than to me. Maybe this is a New England thing that I just don’t get as being from the Philly area. After all, The Witch is identified as “A New-England Folktale” on the poster and in the opening titles. We expect something with some more substance down here. What I will admit is that the finale had me riveted. If the film started with that kind of rush, it would have been a hell of an experience. Unfortunately, those final minutes couldn’t counteract the boredom and confusion that came before. The Witch doubles down on the toil and trouble and skimps on the scares. 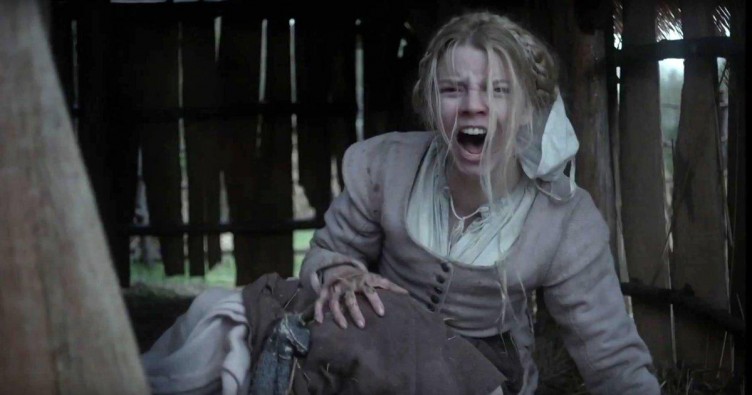