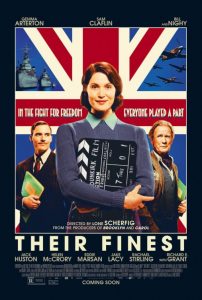 The British War Department backs a film project designed to stoke American sympathies and British resolve in Their Finest.

This supposed tale of an undervalued housewife doing her part for the war effort is a wolf in sheep’s clothing. Hidden beneath its patriotic wrappings is a harsh feminist rant against masculinity of any type. Every male character is a complete worthless cad able to survive only by the good graces of the heroic women who begrudgingly tolerate their existence.

Nothing escapes the ire of the women responsible for its content. Catrin Cole (Gemma Arterton) only gains the attention of her dour boss (Sam Claflin) when, after squeezing into a tight space, her ample bosom jumps awkwardly into his approving view. Catrin only gives the guy a second look because her own lout of a husband (Jack Huston) whiles away his time daydreaming about becoming a famous painter. If that’s not transparent enough, add in a Spanish Civil War wound that makes him lame as well.

The one bright spot is the interplay between the faux film’s aging onetime star (Billy Nighy) and his no-nonsense agent (Helen McCrory). Their electric exchanges and undeniable screen presence would have made for a far more intriguing main plot. Another distracting head-scratcher involves the inclusion of a gruff, proud lesbian (Rachael Stirling) in charge of keeping the entire project on schedule. Stirling is wonderful in her portrayal, but her character could only be more out of place in this period piece if she wore a smartwatch. She bounces in and out of scenes in a manner that feels more like a political statement than a plot device.

The biggest disappointment comes from the two main stars. Arterton and Claflin are just not believable as a would-be couple. Not only do they lack any chemistry, but their entire romance is supposed to have blossomed out of nothing but a profound disdain for one another. It’s the sort of oversight that runs rampant through pulp romance novels, but that triggers a harassment case in the real world. 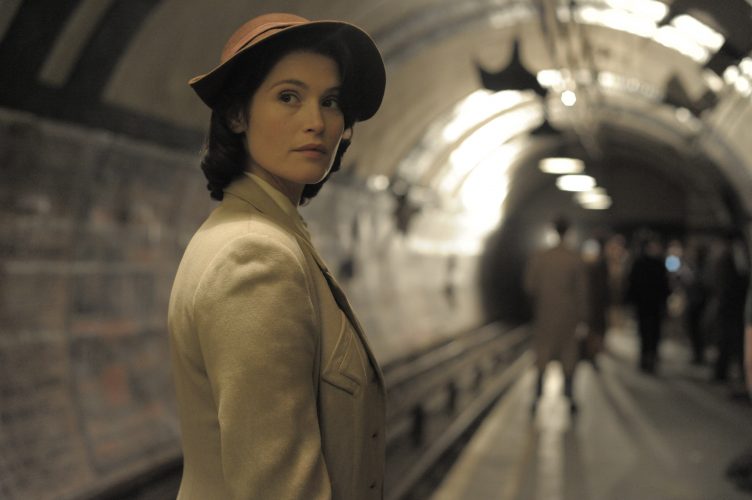