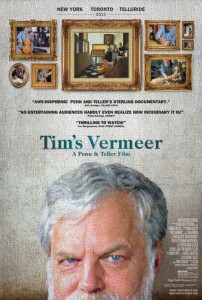 A rich inventor sets out to prove a curious theory about a Dutch artist’s most famous works in Tim’s Vermeer.

Tim Jenison is definitely someone fascinated by process. As a technical expert with an eye for graphics, Tim conceived and created some of the most successful graphic tools in the computer industry. Along the way, he became intrigued by the works of various master painters, especially those by famed Dutch artist Johannes Vermeer. Something in the painter’s style just resonated with him. He became convinced that Vermeer’s work had to involve more than just innate talent and a steady hand. What’s more, Tim was pretty confident that he could replicate the artist’s tools and methods and, quite possibly, allow just about anyone to paint something similar.

This curiosity, in just about anyone else, would have been little more than that. With Tim, it became an obsession, and it was one that he was singularly suited to embrace. His deep pockets and compulsive personality afforded him the unique opportunity to actually test his theories. Tim’s idea was both simple and bold — re-create Vermeer’s equipment and process and use them to paint one of his most famous works, The Music Lesson. There was one last attribute that made Tim the perfect subject: he’d never painted anything before. If he could do it, anyone could.

When he approached his good friend, Penn Jillette, about the idea, they both immediately saw the endeavor as perfect fodder for a full-length documentary. A film was born with Penn’s longtime partner Teller as the director. 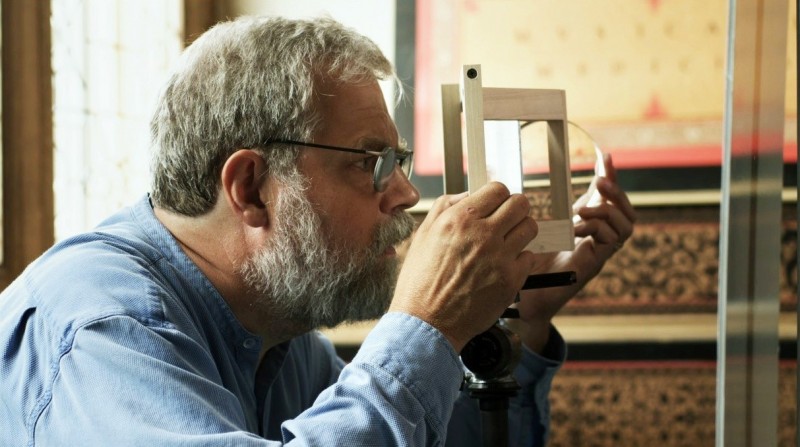 This inside look at the obsession and dedication of a man and his vision is, at times, as mesmerizing as the original art that served as its genesis. We’re there for the entire process, from concept to close. We get a sense of the real challenges involved and a better understanding of the unique abilities and utter tenacity that every master artist must have had.

For all its intrigue, the documentary does fail to deliver on some of its most tantalizing potential. Many of the biggest questions it raises go unanswered, while others it should have raised never are. The film hints at a treasure trove of “aha” moments along the way but delivers only one or two. It also never really delves into the utter disdain that much of the art world has for Tim’s hypothesis. He isn’t the first one to suggest that the masters utilized such tools. Many — right or wrong — equate such suggestions as blasphemy. It’s a highly sensitive topic that could have been covered better. The film also ends far too abruptly, leaving everyone to wonder what happens next.

My biggest criticism of the film is that 60 Minutes covered much of the same ground 11 years ago with a piece that managed to answer many of these questions in one short segment.

While Tim does take the concept further with compelling and entertaining flourishes, the film’s production quality itself is purely paint by numbers.