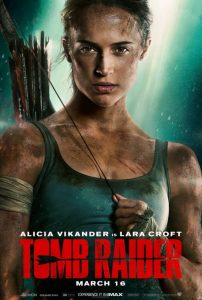 A determined woman sets her sights on solving her father’s greatest mystery in Tomb Raider.

Lara Croft (Alicia Vikander) spent her earliest years doting on a father who clearly loved his daughter, but perhaps loved his sense of adventure just a bit more. That distraction would ultimately rip the two apart when Richard (Dominic West) vanishes during one of his many quests. Seven years after his disappearance, the now-grown Lara decides to follow in her father’s footsteps to uncover the mystery behind his tragic loss. She’s beckoned to a remote island where legend has it that a Japanese queen named Himiko was entombed alive. What lies buried beneath the surface will test Lara’s skills to the fullest and may just answer her most challenging questions.

This iconic video game character gets a major makeover in a reboot of the 2001 film series starring Angelina Jolie as Croft. This new take is a Croft with little in common with her predecessor and much of it for the better. Vikander in the lead is a far more down-to-earth Croft than the masturbatory creation Jolie had to attempt to embody — padded breasts and all.

Director Roar Uthaug thrilled audiences with his 2015 tsunami thriller The Wave. His latest effort is pure popcorn pleasure. This is one of those films where you just sit back and let it happen without saddling it with a lot of niggling questions. The dialogue is mainly forgettable, the characters are generally paper-thin, the acting often feels soapy and none of it matters. This is an action extravaganza. Take one part National Treasure, one part Raiders of the Lost Ark and a dash of the TV series Lost, and you’ve got yourself a new Tomb Raider. Owing to its video game roots, the often impossible action is very much the priority of the film. Many of its most memorable sequences seem as if they were created simply to avoid going ten minutes without more mayhem.

For all its faults and challenges, this new take on a one-dimensional action hero works best taken at face value. It’s a roller coaster ride that leaves you wanting more as soon as it returns back to the station. What more can you ask? 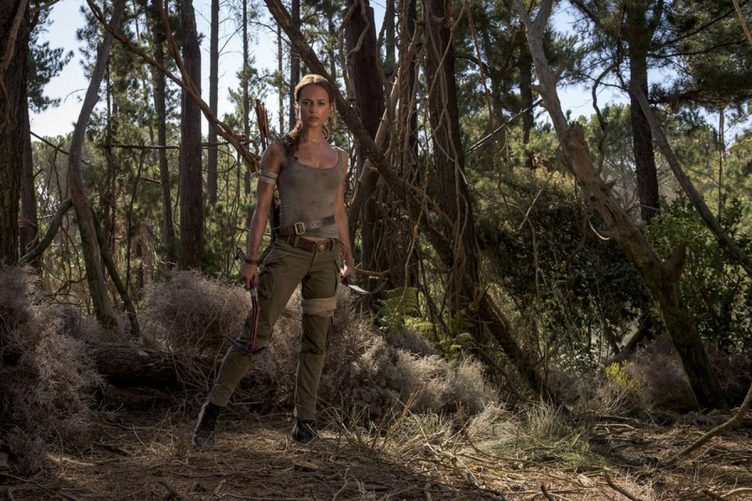