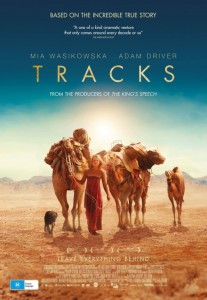 A young woman sets her sights on completing a rigorous journey across 1,700 miles of Australian desert in Tracks.

In 1975, Robyn Davidson (Mia Wasikowska) embarked on a two-year internship, learning firsthand everything she could about Australian camels. These notoriously ill-tempered and unpredictable creatures would literally provide the backing for a grand journey she was driven to undertake. In 1977, Robyn attempted the very same trek that her own mother had failed to finish years before — a 1,700-mile trip across the most hostile landscape that her country had to offer.

This seemingly frail, unsophisticated loner found naysayers and opportunists at every turn. No one believed that she had any chance of completing such an outlandish folly, but her own determination would not allow her to be dissuaded. Once confident of her skill with camels, Robyn convinced National Geographic to provide some much-needed funding in return for rights to document the excursion. It was agreed that a young, quirky photographer, Rick Smolan (Adam Driver), would meet her at various points along her path to record her progress. In April 1977, the young would-be explorer set her ambitious plan in motion with just her beloved dog and four ornery camels as her primary companions. 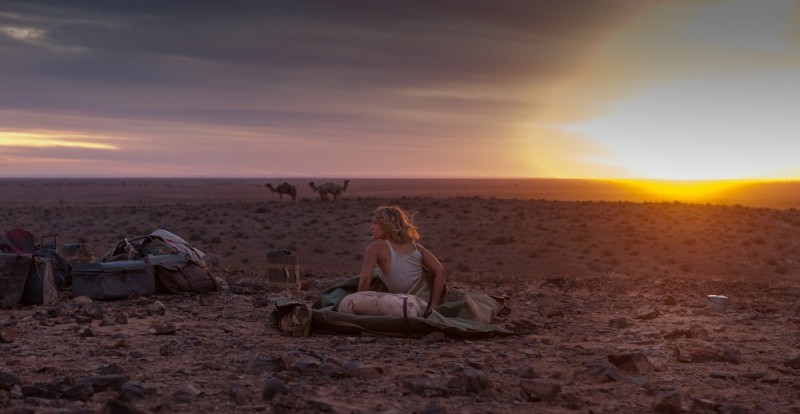 A tale of one woman against Earth’s harshest elements set against the beautiful backdrop of the Australian outback seems like an obvious recipe for success. Nevertheless, this rendition of real-world events somehow manages to take a captivating triumph and turn it into a flaccid, uninteresting bore. For starters, the film changes several key elements of the real story, adding only confusion in the process. The real Davidson wasn’t in her green teens when she undertook the journey, but she was instead a much more mature woman in her late twenties. The film also suggests that her mother’s failure was the impetus for her own journey. This was not only untrue, but it also doesn’t make much sense as presented.

Wasikowska is one of Hollywood’s best young talents. She continually reminds me of a younger Claire Danes in both looks and ability. Unfortunately, the script and direction give her very little chance to make much of a mark here. We see her dirty. We see her parched, but we mainly see her as just unlikable, inflexible and disconnected. What we lack is a true understanding of the inner Robyn or a real sense of motivation or trepidation. Everything just sort of happens around her as if she’s nothing more than a bystander. Her interactions with Smolan are, likewise, reactionary and never adequately explored.

This journey for the viewer is interesting for the first 20 minutes before it becomes as barren and taxing as the landscape itself. The only tracks that I cared about by the end were the ones that I hastily left on my way out.