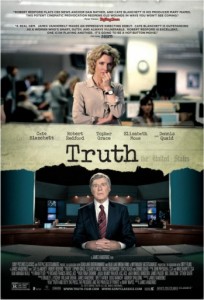 A news producer finds herself surrounded by controversy when her story on a sitting President comes under scrutiny in the fascinating docudrama Truth.

In the early 1960s, CBS owner and chairman William S. Paley told a gathering of his news staff to forget about the cost of news. “I have Jack Benny to make money,” he said. That same concept was true of all of the networks for most of their existences. Sports and entertainment programming paid the bills while news divisions served the public good. News was the measure of prestige. In the 1990s, the FCC and Congress relaxed several critical rules that had kept news a public trust. From there on in, news divisions suddenly found themselves expected to make a profit above everything else. Their primary jobs as the nation’s watchdogs quickly came to a close.

Mapes had been chasing a compelling story about then-President George W. Bush for several years. The story centered around Bush’s military service in the Air National Guard. The mounting evidence suggested that Bush and others had received excessive preferential treatment. Mapes followed its tantalizing trail and approached Rather once she was convinced of its validity. The facts had to be solid. The segment would air on 60 Minutes just weeks before the 2004 presidential election.

There’s one simple fact about this film that’s irrefutable — its basic premise will likely be seen by many as another polarizing political tale reimagined by a liberal media. That’s a real shame because this isn’t a movie about the dismantling of a Republican President or an attempt to gain sympathy for some disgraced news journalists. It’s a riveting true-life story of how our network news was forever changed by the politics that surrounded it. This is an indictment on our failure to protect the sanctity of journalism and not the people involved in it or their stories.

Blanchett gives us another Oscar-worthy performance as the dogged reporter out to produce a story that she knows will be explosive. Her constant agonizing and torment coat the entire film with an unrelenting pressure that starts from its first frames. Its smoldering intensity builds like a brush fire in a parched desert. We know from the outset that its only outcome will be devastation, but we’re helpless to do anything beyond watching it all unfold. Those that leave their political mind-set at the door will be rewarded with a mesmerizing inside look at a story that everyone thought that they already knew — but didn’t. 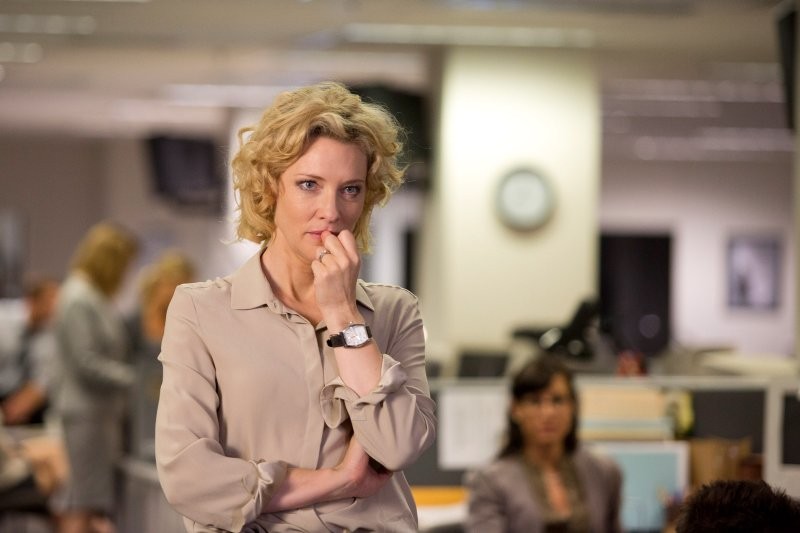