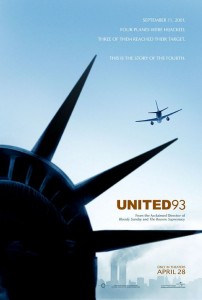 Passengers on a doomed flight attempt to retake their hijacked plane in the true-life saga of United 93.

Five years after the attacks of 9/11 the impact of that day still carry a heavy weight. So much so that I wasn’t sure I had any interest in sitting through a film that takes us inside the only plane to not reach its intended target.

Almost immediately I found myself riveted to the events as they unfolded. I endured sways in emotion that I simply didn’t anticipate, and the audience around me reacted similarly. We’ve all heard about the event and the various elements that took place but to see it all here, chronologically laid out in fastidious detail, results in a journey of raw personal honesty that is hard to accept.

When we first encounter the hijackers we feel curious about them. We’re desperate to keep a fairly open mind bent on trying to understand the rationale that drove their actions. However, as the events of the day unfold, most notably outside of Flight 93, that open mind attitude quickly shifts into pure unadulterated hatred for the onscreen terrorists. You want to find a way to reach out and exact revenge on the perpetrators. The anger wells up with nowhere to go. I simply cannot recommend that anyone who looks even remotely Middle Eastern head into a theater to see this movie. It would be a risk just not worth taking. In fact, I fear for the actors who played these challenging roles. They did the job almost too well. 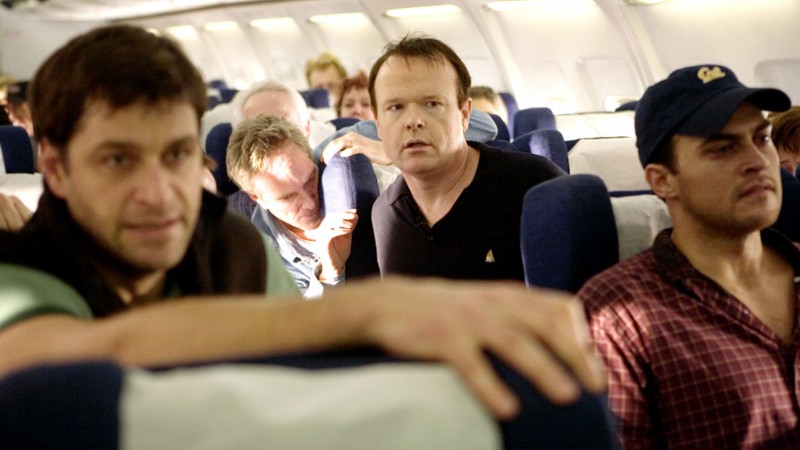 The movie continues to draw everyone into it throughout. You’ll find yourself frozen in your seat, likely with your hands over your mouth in astonishment. Everything was as vivid as if the events were taking place at that very moment. Frustration grows with each passing moment as we desperately want to intervene but we know nothing can be done.

The final moments of the movie are just draining. I could literally hear a pin drop during the closing shot in a theater full of more than 300 people. Most sat motionless as the credits ran. When people did rise it was accompanied by shaking heads and downward looks. No one wanted to make eye contact for fear of having to admit the depth of their anger and contempt for both the hijackers and those who failed to react accordingly.

While the movie clearly had no political bent, one scene unmistakably causes everyone to think the same thought — that President Bush failed our country at the moment of its greatest need. He failed us in a way that cannot be pushed aside with political spin. Anyone who sees this movie cannot, in good faith, deny this reality. It took our leader more than an hour after the attacks began, and 15 minutes after the last plane (United 93) crashed, to issue a response. It’s hard to imagine any of the last three Presidents not responding to this tragedy far sooner. This is the age of nearly-instant communication and the President was informed of this tragedy only 16 minutes after the first plane struck the World Trade Center. There is no excuse for 75 minutes of doing nothing. It was one thing to give the President the benefit of the doubt in 2001 but seen from the vantage point of more recent failures, this movie sheds new light on the level of incompetence that took place on that day.

Every frame of this movie is a work of clear meticulous dedication to the task. It in no way exploits the events. To suggest it does is to suggest that honesty in movies is not desired. The choice of lesser-known or unknown actors is brilliant. The decision to not complicate matters with typical back-stories and outside issues is also the right one. Just about everything in this movie feels realistic and historically accurate. It’s a film that I suspect will resonate for some time, or perhaps I just hope it will. It will make you think, very passionately, about your own beliefs, about just how much this event really strikes home for all of us, and it leaves no room for excuses or posturing.