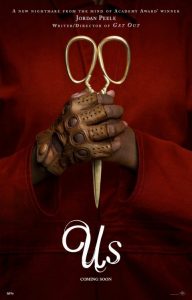 A family on vacation fights to survive when a group of would-be killers stalks them in Us.

The Wilsons are your typical family next door out to enjoy their most recent excursion away from home — that is, except for Adelaide (Lupita Nyong’o). She’s on edge from the moment that the family settles into their surroundings. Every creak of the house sends chills up her back. Every bump sends her scurrying to make sure that her two kids are okay. We understand her razor-thin trepidation because she’s the survivor of a traumatic experience in her youth, one that still clearly haunts her to this day. Little does she know what fate awaits them all come nightfall.

Writer/director Jordan Peele returns with his first film after last year’s smash hit Get Out. With just two films, Peele has already solidified his reputation as a master of the visual arts. His deft use of lighting, camera angles and atmospheric locations leave his audiences every bit as trapped as his characters. We’re simply defenseless against his psychological advances.

The film’s opening sequence is a masterpiece of torment and tension. It leverages its material in the same way that screenwriter Steven Spielberg tapped into every child’s worst nightmares in 1982’s Poltergeist. Do not, I repeat, do not show up late for this one. As the story unfolds, Peele slowly tightens the vice. The visuals evoke the best works of Stanley Kubrick, Alfred Hitchcock and David Lynch. Your theater seat suddenly conveys that same helpless feeling of a cold seat on a roller coaster heading ever higher on its rickety ascent. The first drop is a doozy. We can sense bigger ones just around the next turn, and we stiffen in anticipation.

The performances of all involved only heighten the effect. Casting is rarely this amazing. It’s even more impressive when you realize the breadth required of everyone involved. To single out any one performance would take away from the others.

This isn’t the same experience as Get Out. Peele’s first film added heavy doses of comedy to the mix. This time around, he sprinkles in only light moments of humor that fit seamlessly into the narrative. We’re thankful for the brief reprieves that they offer.

Peele’s hand is firmly on the controls of this ride throughout, but the course that he’s constructed is laden with perplexing choices. Those choices not only let us grab a breath, but also let us pause, perhaps a moment too long, to question what we’re seeing. We openly wonder if Adelaide’s husband (played brilliantly by Winston Duke) is either brain dead or just the worst husband ever. Several of the film’s scares are pedestrian and cheap compared to the smartness of the rest of its thrills. It all culminates in a final act that you either buy into or don’t. I didn’t, but that still didn’t dull my appreciation. This is a beautifully crafted film that I can’t wait to see again, and that’s a rarity for a film critic. 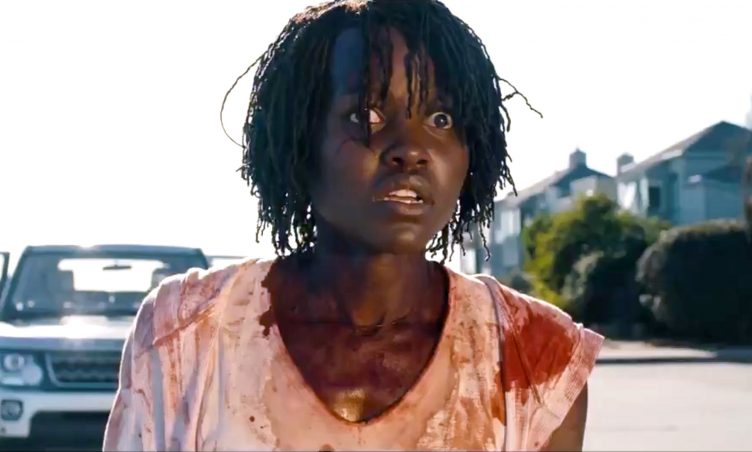