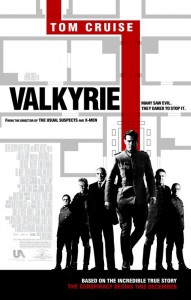 This week I headed out to ski for the first time this year after taking last season off entirely. It became evident at the end of the season before that my leg still wasn’t recovered enough from my earlier break. While I went into the winter of 07-08 with lots of hope that just wasn’t enough to override the aching and general “wonkiness” of my leg.

This year we started the season just as I did in 06-07—at Elk Mountain in the Poconos. We decided to get a room in Scranton so that we’d be pretty much half-way between Elk and Camelback. However, the weather turned on us a week ago and hit the area with days in the 50’s. Elk barely had any solid terrain going so boredom kicked in earlier than usual. Tomorrow we plan to head up to a New York resort in hopes of mitigating the high temps a bit.

I had a positive first outing. Like before it was tentative and I’m still a long way from getting back to full form. In fact, today I had a moment of clarity in accepting that I’m 44 and this might be the best it gets. My son’s skiing continued to evolve and he outpaced me the entire day. Even when I tried to take him I found I just couldn’t pull it off.

So, we found ourselves in Scranton, Pennsylvania, which is a pretty sleepy smallish city, bored and back from the ski run too early to head to bed. Instead we headed into town to see the Tom Cruise movie Valkyrie about the attempted assassination of Adolf Hitler in July of 1944.

This film has been maligned heavily by some critics so I relented to seeing it mainly due to my son’s insistence. I’m glad I gave in. The movie was quite good and entertaining throughout.

It moves at a blinding pace for a 136 minute movie (and that’s a very good thing).

The acting is solid from top-to-bottom with the possible exception of Eddie Izzard. Friends of mine know I’m an Izzard fan but as a comic. His acting isn’t at the Steve Martin level let alone the Steve McQueen level.

One ironic thing in the movie is the number of actors in it that were somewhat recently involved in the German film Zwartboek or Black Book. This was a top favorite of mine just a year or so ago and worth your time if you haven’t seen it yet. At least four noteworthy parts here are played by characters from that film and oddly in similar roles.

As for the story itself it clearly had to overcome a couple of major hurdles. First, anything Tom Cruise does these days seems to have to be ridiculed. Second, we all know the outcome of the movie since it’s based on true events. Third, the makers decided to film this in English for English audiences while allowing the actors to mainly speak without employing a German accent.

I found all of these concerns to be moot. The movie does a strong job of conveying the flavor of the event and does keep you on the edge of your seat for most of the film. The final sequences are emotional and you cannot help but pull for the doomed conspirators at every opportunity. You continually think, “If just this one thing went differently….”

Cruise should be proud of this film regardless of its place in history—and by that I mean its exposure, or lack thereof, at the Oscars. I can’t say anyone was really Oscar-worthy but that still doesn’t make this a bad movie. It’s a solid story and one worth your time.

Why I Wanted To See It:
I’m a WWII history buff and my son wanted to see it.

Preconceived Notions:
Could Tom Cruise give this story the gravitas it deserves?

During The Movie:
“Hey, that’s another actor from Black Book!” Come on… let this one thing go right.

Immediate Afterthoughts:
What sort of reviewer sees this type of movie and can’t see its potential wide appeal? I wonder how accurate it was to actual history. Time to head to Wikipedia.