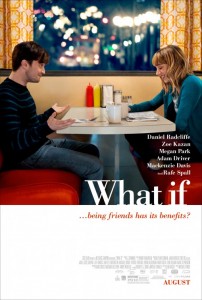 Heartbroken Wallace (Daniel Radcliffe) decides to finally drag himself out of the doldrums by attending a friend’s party. His old college roommate Allan (Adam Driver) introduces him to his cute cousin Chantry (Zoe Kazan). Their banter quickly settles into a comforting dialogue that feels surprisingly natural for them. After spending the entire evening engrossed only in one another, Wallace escorts Chantry home, where she then casually announces that she has a boyfriend but really hopes that the two of them can be good friends. At once embarrassed and dumbfounded by Chantry’s surprise declaration,  Wallace humbly accepts the only access being offered.

For Wallace, as it is for almost every man alive, being relegated to the role of “friend” is like playing the lottery. The odds of anything happening are astronomical, and you just end up hating yourself for buying into the charade in the first place. Every meeting is its own personal nightmare. She’s so close, so cute, so cuddly and oh, so right… if only she’d see the light. You end up spending your days and many dark, lonely nights hoping that some terrible mishap befalls your “friend’s” partner. Even worse, you’re precluded from even discussing your competition for fear of being found out as the cruel, conniving liar that you’ve been all along. It’s a relationship status that only a masochist could enjoy. 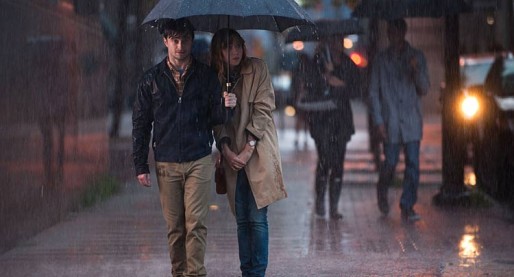 This lighthearted romantic comedy boasts a highly engaging cast, beautiful location shots and some truly adorable moments. Scene after scene starts with imagery that tugs at our deepest recesses of sensitivity and tenderness. Kazan dazzles with a perfect mixture of innocence and sexuality that makes her the quintessential girl next door. Radcliffe, just now breaking free of the Harry Potter persona, is extremely capable as the in-over-his-head, would-be suitor. Even the supporting cast makes us feel as if we’ve known them for years.

It’s when they open their mouths that all of the magic vanishes like the smell of a fragrant rose pulled just inches away. While the characters find their discourse natural, for the rest of us, it’s a complete disaster. Nearly every utterance is awkward or just flat-out unrealistic. When the film tries to be funny, it misses with surprising reliability. Most of the jokes are absolutely ludicrous. The little humor that’s left is either overtly contrived or highly questionable.

The studio gives us one of the most adorable couples in years, surrounds them with all of the right trappings and then throws it all away on a script top-heavy with nonsensical drivel. What if, indeed.