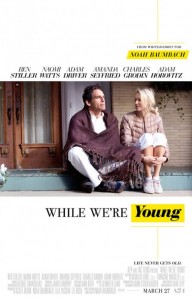 A struggling middle-aged couple is drawn to the energy of young bohemian lovers in While We’re Young.

Every long-term relationship reaches a point when you wake up and realize that your romance has inadvertently evolved into routine. It’s inevitable for most of us. Life is pretty much dictated by routines. We eat. We sleep. We brush our teeth. We go to work. It’s hard to not fall into the same kind of rut in our love lives. Many of us even find comfort in it. The real tragedy is how we barely remember what it was like before. We forget about the infatuation that we had for our partner. We don’t recall how adventurous we used to be — unless, of course, we run headlong into a younger couple in the midst of one such journey.

Director Noah Baumbach‘s latest film is a reminder of just what that interaction can feel like. Baumbach tends toward films involving intense introspective character study. As a viewer, I find such films challenging to endure. Most of them seem allergic to any sort of compelling plot. Baumbach’s last collaboration with his current male lead, Ben Stiller, resulted in Greenberg — a film so captivating that it made my list of the five worst films of 2010. This time around, the two fair better, but only slightly so. 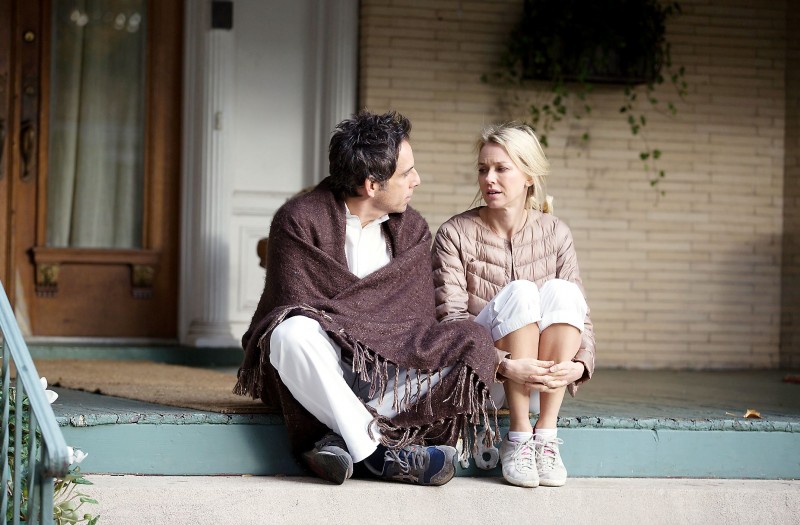 Stiller plays husband Josh to wife Cornelia (Naomi Watts). They’ve been going through the motions of their marriage for a number of years. Each of them senses that something’s been lost, but neither of them is ready to do anything about it. Then they meet Jamie (Adam Driver) and Darby (Amanda Seyfried). Their laid-back approach to life — and each other — captivates Josh and Cornelia. It’s as if the older couple is able to feed off the boundless excess of kinetic energy that their younger counterparts generate with so little effort. They feel reinvigorated in each other and find themselves acting 20 years younger. Their established friends notice the impact at once and can’t quite seem to understand it. For Cornelia, the escape also serves as therapy for a deeper problem. The catch is that it’s not always easy to differentiate between an oasis and a mirage. In rediscovering their youth, Josh and Cornelia are actually rediscovering reality.

This all sounds quite curious and potentially engaging, and it could have easily been just that if handled by anyone other than Baumbach. The acting isn’t to blame. All four of the main stars, along with a noteworthy performance from Charles Grodin as Cornelia’s father, hit every note possible. It’s Baumbach who cannot seem to find the tune. In his hands, the beauty of the deeper story gets lost in the stubborn insistence to focus on unsatisfying character distraction. Yes, it might represent a more realistic experience, but it’s so much less enjoyable.

By the time it was over, I hearkened back to my own youthful ignorance of the days before Noah Baumbach.