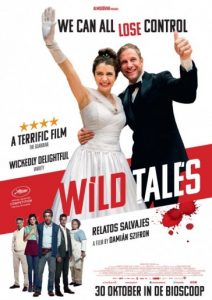 Six different stories of tension and release come together in Wild Tales.

It’s the stuff of campfire legend. Everyone sidles up next to the fire, wraps themselves in a warm blanket and settles in as each participant regales the group with one incredibly tense story after another. This time around, the fire is the big screen, the blanket is a theater seat (or possibly the arm of the loved one they brought with them) and the storyteller is Argentine writer/director Damián Szifron.

Szifron introduces us to an eclectic cast of characters, each with their own unique set of challenges and results. The only thing that they all share is an experience beyond anything any of them could have possibly imagined. The six tales focus on an unusual plane trip, a waitress with a challenging customer, a driver in a hurry, a demolitions expert whose personal life is as unsound as the buildings he brings down, a family with an unwanted problem and a stressful wedding reception. To say anything more would spoil the fun. 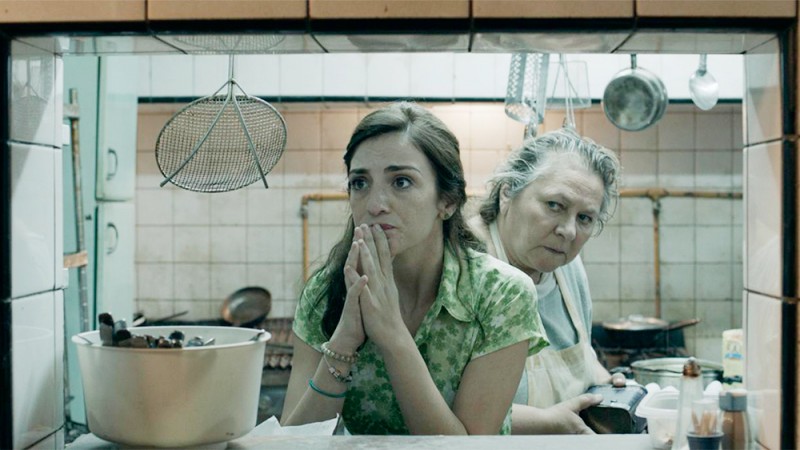 This foreign language thriller could easily have been repackaged as a new installment of The Twilight Zone. If you decide to give this roller coaster ride a chance, do not show up late, or you’ll miss one of the most curious tales it has to tell. Szifron captures the audience with deft storytelling surrounded by exceptionally thought-out visuals, outstanding sound effects and a score that deepens the trance, at least for a while.

Viewers will likely differ on their own favorite of the half-dozen entries, but the impact does lessen as the film goes on. For the first three vignettes, I was unable to take my eyes off the screen. Every shot, sound and revelation worked its magic wonderfully. I was so enthralled that the simple sound of a distant drill sent shivers cascading throughout my unprepared body. If only the magic could have lasted. The latter three stories are equally interesting but lack the gut punch of the first three mainly due to their seemingly much longer length. The film runs about 30 minutes too long at just over two hours. Dropping one of the longer stories entirely would have likely made for a much better overall impact.

What remains is a very entertaining film that’s surprisingly powerful at times and tense from start to finish. The only real missteps are an abrupt ending to one of the middle stories and a minor logic question or two. It’s filled with curious characters (most especially the no-nonsense, no-holds-barred cook in the diner sequence) and perverse pleasures all perfectly suited for a Friday the 13th release.