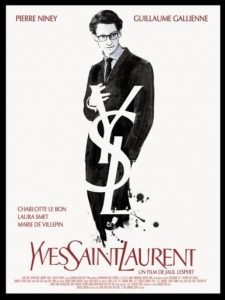 A visionary fashion designer and his business-savvy lover revolutionize the fashion industry in Yves Saint Laurent.

The second World War took a toll on nearly every industry. Rationing forced companies to make the most of their limited resources, and the fashion industry was no exception. Designs of the era were blandly minimalistic; anything more risked being dismissed as wasteful and insensitive. By the War’s end, women were ready for something different. Designer Christian Dior (Patrice Thibaud) offered a fresh, flattering design dubbed the “New Look” that catapulted him to the top of the industry where he’d remain for the next decade.

In 1957, Dior passed away unexpectedly. His fashion house, desperate to keep the magic going, turned to Dior’s imaginative — but awkward and young — protégé, Yves Saint Laurent (Pierre Niney). Just 21, Saint Laurent tackled the opportunity head-on. Unrestrained by the often crippling limitations of experience and success, he set about to reinvent women’s fashion. At his first event, he meets his future lover, Pierre Bergé (Guillaume Gallienne), who shows Saint Laurent how to make the most of his talents as well as his life. 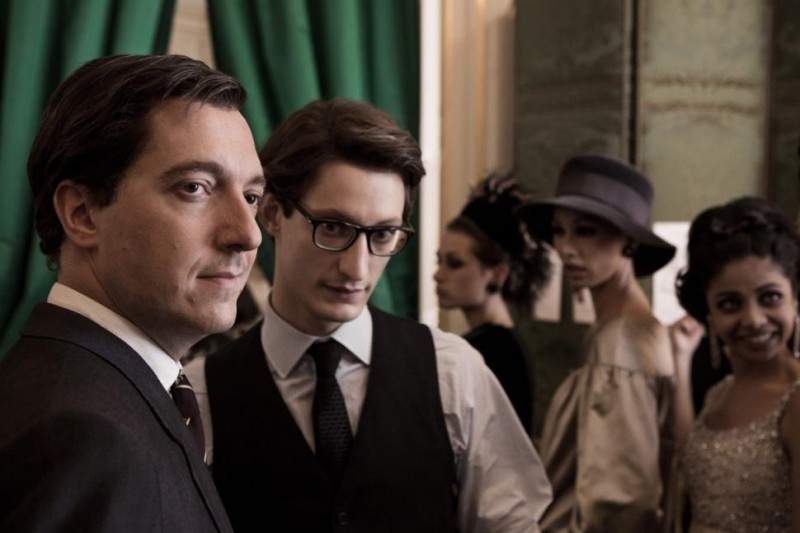 This French-language biopic explores the intimacy of Saint Laurent’s complex life with the same effectiveness as a sculptor working granite into shape with a soiled washcloth. Niney and Gallienne do all they can with the thin material but can’t rise above it. Saint Laurent was a highly troubled man, devastated by a catastrophic military experience involving electroshock treatment and overly-administered psychoactive drugs. Almost none of this part of his life is referenced in any detail, opting instead for vague references to other potential culprits.

Dior is almost entirely dismissed even though his impact on Saint Laurent’s path to stardom is unquestioned. Little is said about their early years together. His premature death, at just 52, was hugely controversial at the time and remains just as mysterious today. The impression in the film is that a much older man succumbed quietly to natural causes, bringing about Saint Laurent’s inevitable ascention. The story also flutters about like an aimless leaf blowing on a casual spring breeze. Throughout, it’s littered with unnecessary narration that breaks what little flow it had accumulated.

The most curious ommission involves the fashion industry itself. For a film heavily steeped in couture, we end up only seeing its most obvious pieces — much like the dresses themselves. What remains feels like the an incomplete wardrobe, perhaps left for someone else to apply the final, most impressive details at some later point.