I remember when Internet Movie Database, commonly referred to as IMDB, first got started a number of years ago. It was one of the top sites for showing off how the Internet could transform industry and represented one of the very best sites overall. However, as it was new it was also dominated by geeky traffic that had little connection to mainstream America. This became crystal clear when they put out their first ranking of movies as voted on by their own users.

The list was dominated by geek-dom with The Matrix listed as the best movie of all-time. Classics were nowhere to be seen. Thankfully, over time, as more people came to IMDB the list started to take on the look of something much more realistic and believable but it’s still got a way to go. The Matrix is still #7 and new-geek rules the day with movies like Avatar at #17, Inception at #12 and all three of The Lord of the Rings movies in the top 10. Fight Club was an interesting movie but it certainly isn’t the fifth-best movie of all-time. While I personally don’t get the appeal of Casablanca, it comes in here at #74 behind such “heavyweights” as Amelie (55), Transformers (50), Donnie Darko (42) and a head-shaking 300 (35).

As these lists come out I generally find them to be pretty limited in their appeal to a wide audience. The IMDB list, while much improved over its earliest days, is still a geek-driven affair that would be laughed at by most discriminating film viewers and students. 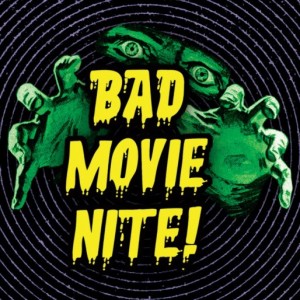 I mention all of this because this morning I read a list put out by College Humor ranking the best comedies “of all-time” rated by their visitors. This site, I had a hunch, has a readership pretty heavily dominated by a rather unique bunch. In fact, they took the time to specifically call out the very well-known (and fairly respected) list of best comedies previously put out by the AFI officially called “100 Years….100 Laughs“.

The College Humor list starts at 100 and counts down. The first movie on the list is The Wedding Singer. That immediately told me this was going to be another shaking-head experience. Little did I know how bad it was going to get. The list is just permeated by bad movies. I’m one who goes in for raw humor but here it was as if dick jokes and vomit scenes clearly made for great film.

I’m starting to think we need a list of the worst lists of top films and this would be very close to the top if not the hands-down victor. So what movies don’t belong on this list (in my view of course)? Here’s a breakdown:

100. The Wedding Singer. Cute but not a top 100 movie.
97. Jackass: Number 2. Oh boy. That pretty much makes my point right there.
95. Mr. Deeds. I wasn’t even aware anyone ever saw this movie let alone laughed at it.
93. Black Sheep. I’ve never even heard of this Chris Farley, David Spade film.
91. Scott Pilgrim vs. The World. Everyone I know that saw it thought it was okay at best.
89. Clerks II. I think even less people saw this than Mr. Deeds.
88. Waiting. …for an explanation of what this even is. I think they made it up.
86. Dude, Where’s My Car? Wow. I still have never met anyone that likes it.
85. Me, Myself & Irene. Apparently just being Jim Carrey gets you instant passes to this list.
84. Road Trip. Another bottom-shelfer that virtually no one can even recall.
82. Half-Baked. Just like this list.
80. Dogma. If this is the 80th funniest movie of all time then there is no God.
79. Blades of Glory. Will Farrell isn’t funny. Does he own College Humor too?
78. Van Wilder. Van Wilder? Van Wilder???? Higher up than The Jerk? Um okay.
74. Accepted. Justin Long is the new Jim Carrey it seems by this list.
71. Hot Tub Time Machine. Funnier than Planes, Trains and Automobiles (73)? Not in this universe.
68. Jackass: The Movie. Meet Jackass: The List.
67. Kick-Ass. Most commercials are funnier than this and I liked the movie.
66. Euro Trip. I think this got picked out of a hat. Has anyone seen this or even heard of it?
63. Zack and Miri Make a Porno. I love Seth Rogen and Elizabeth Banks but this barely has a laugh.
62. Beerfest. Never heard of it. Are they counting YouTube videos?
61. The Other Guys. Newness always trumps quality on these things. Newness plus Farrell? Classsssicccccc.
59. Jay And Silent Bob Strike Back. I will pay anyone to sit through this and challenge them to stay awake.
58. The Mask. Jim Carrey—’nuff said.
57. The Simpson’s Movie. Nearly any random Simpson’s episode is better.
53. Big Daddy. Adam Sandler—The other Jim Carrey.
52. Wayne’s World 2. You know how you can tell a bad list? When it’s getting worse the closer you get to #1.
47. Ace Ventura When Nature Calls. I thought at first this was the original. Nope. It’s the sucky one.
46. Tommy Boy. I can only assume as a tribute to the dead.
44. I Love You, Man. See #61.
39. Waterboy. See #53.
38. Robin Hood. Men In Tights. I remember the dream I had during the movie more than the movie.
36. Role Models. I think I counted 3 laughs.
34. Talladega Nights. More evidence that Will Farrell isn’t funny.
32. Billy Madison. Must every Adam Sandler movie make the list?
27. Step Brothers. See Will Farrell. Multiply by 2 if John C. Reilly is involved—by 3 if he’s a co-star.
20. Super Troopers. Um. What? Did this ever even reach theaters?
16. Zoolander. Ben Stiller. The Other Adam Sandler. Not even remotely funny.
9. Dodgeball. I want to cry. Is it just the connection to Firefly?
7. Happy Gilmore. Yes, every Sandler movie has to make it.
3. Anchorman. Shouldn’t even be on a list of the funniest Will Farrell (granted—a short list) movies.

Amazingly Monty Python and the Holy Grail gets the top spot so I really wanted to give the list a break but I just can’t. It’s a disaster that makes Grail’s top-billing highly suspect. Out of a list of 100 movies 41 of them shouldn’t even be up for consideration. That’s nearly half the list. I saw five funnier movies just last year than anything above. In fact, I saw five funnier product labels while standing over the toilet this morning.