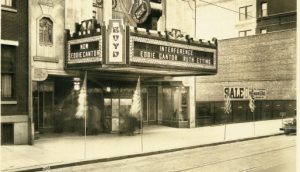 There’s a battle going on in my hometown of Philadelphia. It’s over a parcel of land at 1910 Chestnut Street in the heart of Center City. The space was once the home of the Boyd Theatre, built in 1928. The facility was in operation until 2002 when it finally closed for good.

In its day, the Boyd was a spectacular showplace. It featured incredible tile work, elegant chandeliers and extravagant staircases. Its main auditorium was huge, boasting 2,300 seats across multiple levels. Those were the good old days.

However, as it often happens, the years marched on, and the industry changed along with the surrounding neighborhood. As a venue for movies, the Boyd was never optimal. Patrons sat back far from the screen in a stuffy auditorium with poor audio that echoed throughout its vast interior (it was originally built for silent movies). In 1971, the Boyd was taken over by Sam Shapiro, who turned it into a Sameric theater (named for Sam and his grandson).

Sameric tried to make a go of it with the original design, but they ran into the same difficulties as before. They mounted a campaign to alter the building by adding three small theaters to the side of the original main auditorium (where a Gap outlet store now resides). That served it well for a short period before finally foundering against newer, far-better-equipped competition.

The building was shuttered, and it has stayed that way ever since. Over the intervening years, it’s been nearly forgotten, becoming a major eyesore to everyone and reducing property values and prestige for the nearby community. Its vintage projectors and stage lighting are gone, and of course, signs of decay are everywhere. The most prolific patrons today are its large rats. The current owners, Live Nation, caution approved visitors to be very aware of the threat and to wear protective gear designed to keep them safe. 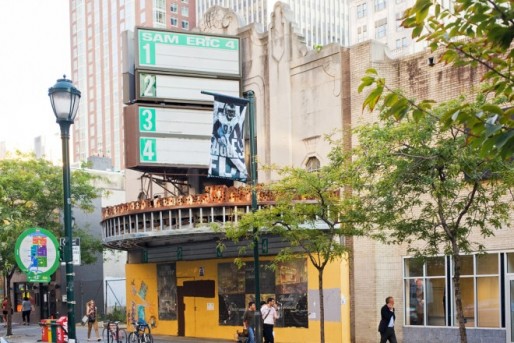 Live Nation, the largest event/entertainment company in the country, had every intention of restoring the location but realized by 2006 that the costs couldn’t be justified for the intended use. Total renovation figures today run between $30 million to $40 million. Instead, they put it up for sale.

In 2002, a group was formed to “save the Sameric.” That group morphed into a newer nonprofit organization called Friends of the Boyd. The entity’s members would like to see the building preserved and restored to its original design, hosting mainly live-action events. Unfortunately, that dream is little more than outright fantasy with countless arguments standing squarely against it.

First, there’s the idea that the Boyd can be easily restored to its original beauty. As noted, the costs are actually very prohibitive. No sound business analysis can ignore this.

Second, preservationists seem to have forgotten the many changes made since 1971. The original facade has been heavily modified. The interior also underwent significant changes, relocating the staircases and the lobby layout. There’s also the decay that’s come from a failing business followed by 12 years of abandonment.

Fans see it as a potential showcase for live performances, but that is also a pipe dream. We already have the venerable Forrest Theater, built one year before the Boyd with its 1,851 seats, which hosts lives shows. It’s doing well but only operates three months out of the year for lack of interest. We also have the Prince Music Theater and the Wilma Theater. Both find it extremely challenging to keep seats filled. If the Boyd did return, it would surely come at the cost of one or perhaps all of these venues. Will we then see similar efforts to save each of those theaters? 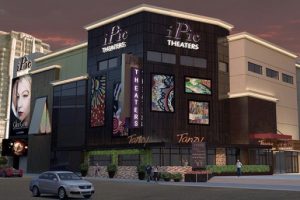 The biggest surprise came when a new venture entered the picture. Florida theater company iPic is currently involved in a plan to redevelop the property. Their plan includes restoring the facade to its original design and the construction of a museum hosting artifacts, pictures and the history of the original Boyd. They’d build a multi-level, multi-theater facility with state-of-the-art technology, including large reclining leather seats and a full upscale restaurant and bar. I’ve been to other iPic locations, and they’re pretty impressive. Their patrons don’t just come for a quick film. The average stay for iPic customers is over four hours. It’s an all-night event. How’d this go over with Friends of the Boyd? Like a new Sylvester Stallone picture. Against all rationality, the preservationists are fighting against a buyer who wants to keep the location as a theater, restoring what makes business sense to restore, adding an homage to the original and making it a first-class destination. To their mind-set, the only acceptable solution is for someone to buy it and, against all economic reasoning, run it like it’s still 1928. 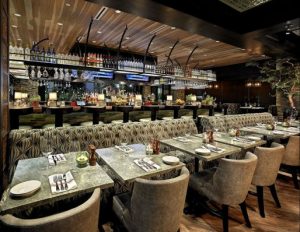 This blind obstinance by Friends of the Boyd caused friction with its own supporters. Sharon Pinkenson, one of its most respected supporters, founder of its predecessor, Save the Sameric, and current head of the Philadelphia Film Office, publicly withdrew support for the cause, writing that iPic represented an important opportunity.

Some local interested parties caution fans of new construction by saying that, once the Boyd is gone, it’s gone forever. That’s simply not true. The memories and many artifacts of its glory years will be preserved. The Internet is the ultimate time machine. Interested parties will be able to see it as it once was, not as some wilting imitation of its former design. 1928 is gone. It’s not coming back. The Boyd failed for valid reasons. The Aldine Theater used to sit just a matter of a few feet from the entrance to the Boyd. It was the first Philadelphia theater wired for talkies. Today, it’s a CVS, and almost no one laments its loss. The Aldine, had its time, and, like the silent films it helped to retire, that time came and went. The Boyd eclipsed it and then, likewise, saw its own usefulness fade away.

Not that long ago, many of the same type of preservationists fought to preserve a draconian city ordnance that prohibited any building from rising above William Penn‘s hat atop City Hall. Our skyline was the laughingstock of the nation. Today, it’s a stunning panorama that represents a wonderful balance of history and evolution. Where it makes sense, we need to work to preserve our truly historic buildings. A theater that effectively died in 1971 isn’t one of them.

In overwhelming fashion, the Philadelphia Historical Commission voted to give iPic the go-ahead with their plans for a theater. We can expect an appeal from Friends of the Boyd and possibly a court case.

For those interested in what state the theater might be in today, there’s a strange Youtube video from January, 2013 showing the main theater and balcony area. It’s clear from the video that, even at that time, there’s little left to actually save aside from a few trinkets.