2009 was a year I’m glad is now behind us. I lost my mother, lost my job, got hit by a drunk driver, saw both of my cars mangled in accidents (in addition to the one with the drunk driver) and, most appropriately, saw less movies as a result. The total was 34 which was down from 51 in 2008 and that was down from 58 in 2007. The list includes two films — The Uninvited and Cold Souls — that I managed to forget to review and I seem to have one or two of those every year.

I generally felt 2009 was a very down year for films and have to wonder if it’s just a result of my having seen less of them or that they just weren’t that good.

For a complete list of my 2009 films please check out the Movie Review Compendium for 2009.

Last year was a comparatively flat year for movies but this year beat it in every way for blandness. Yet again the highs weren’t as high and the lows were pushing the border of downright ludicrous.

The five best films of the year in order of seeing them were Up, The Hangover, Moon, (500) Days of Summer and Pirate Radio. With Up we got another Pixar masterpiece that managed to find yet another way for them to move the technology bar. It had more raw emotion than anything they’ve done so far. The Hangover was the funniest movie I’ve seen in quite a long time. Scenes still pop into mind now and again and I still don’t know what the deal was with the chicken. The most surprising movie of the year for me was Moon. I didn’t expect much of anything and it blew me away. It’s worth seeing just to experience Kevin Spacey as the latest twist on HAL. (500) Days of Summer stole my attention away from the first lines and never gave it back. It was so real and so touching and yet also endlessly rewarding. The odd-ball of the lot is Pirate Radio. It didn’t do well at the box office and I ran into some who didn’t like it but I loved it. It was quirky, imperfect, slow in a spot or two and yet still a wonderful romp. 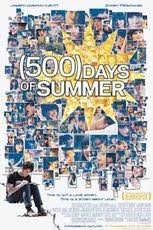 I’m glad to say that this lot of five is a strong set in an otherwise slow year. It’s not easy to choose one but since that’s the idea I’m going with (500) Days of Summer.

The sheer brilliance of the story and the wonderful portrayals from Joseph Gordon-Levitt and the seemingly endlessly talented Zooey Deschanel just sets this movie apart from all the others. I haven’t seen it again on cable or on DVD and that’s mainly because I didn’t want to ruin the feelings I have for it by risking another viewing that might impact my thinking before I could write this entry.

I’ve enjoyed many similar movies and the one it reminds me most of is Notting Hill. If you’re a fan of that film then I’d be extremely surprised if you didn’t enjoy this one even more. The realism that’s conveyed is also something to be applauded and rewarded. No cheap turns anywhere to be found. Bravo.

Once again choosing the five worst films of the year didn’t take long at all. Those would be Taken, The Uninvited, State of Play, Monsters vs. Aliens and District 9. With this bunch we get a washed-up Liam Neeson in a plot so unbelievable it could only happen in real life. We get Elizabeth Banks in a movie I think she did while sleeping. Then there’s Russell Crowe and other forgettable people in a political “thriller” I think I watched while sleeping. We then have a bland animated film that has virtually no discernible benefits and lastly we get a revolting in-your-face message film pasted onto an effects team wet dream. 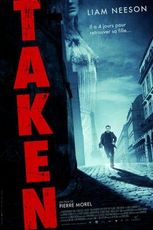 Out of the bunch the bottom of the barrel has to be Taken. I can find nothing what-so-ever to recommend it. Liam Neeson, nearly 60 and looking every bit of it, tries to look like a 40-ish Dad with a teenage daughter and instead comes off looking like an incestuous pedophile. In nearly every scene I couldn’t keep my attention off his overtly artificial dye job. And then there’s the story. Take this broken-down guy and then put him in scenes where he’s able to eradicate entire teams of commandos without breaking as much as a sweat. You also get completely forgettable efforts from Maggie Grace and, sadly, Famke Janssen. Even the look of the film is bad. I caught this again a month or two ago and saw it for the exact same reason I avoided seeing this year’s best movie again. I hoped maybe I was being too harsh. I wasn’t. The movie stinks from start to finish.

On the plus side I notice I was right last year when I said I had a hard time believing anything in 2009 could be as bad as the X-Files movie—last year’s worst movie of the year.