It’s that time where I get to write my favorite blog post—my recap of the movies I caught at the theater this past year. 2010 was a very disjointed year for me. I had some unexpected health issues, some vocational issues, some life issues (good and bad) that all impacted my usual frenetic movie-viewing pace.

The total count wasn’t as high as many previous years but after a hard final push I managed to just edge out the number I saw in 2009 (34) at 35. I actually found that a bit surprising as I really didn’t think I even had a shot at 30.

All in all this felt like a strong year for movies over some of the past years. While I saw some real clunkers the very best of the lot was flat-out exceptional and there were a lot of middle-ground films that were entirely entertaining if not knock-outs.

For a complete list of my 2010 films please check out the Movie Review Compendium for 2010.

The best films included some really solid efforts and several that were nearly as good as the best. The five best of 2010 were, in order of seeing them, How to Train Your Dragon, The Secret in Their Eyes, The Social Network, Inside Job and The King’s Speech. 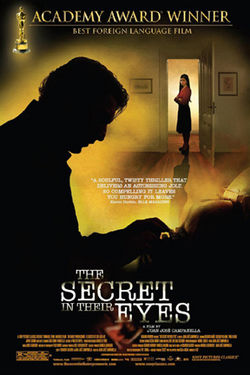 To choose the best among these was no easy affair. Each one of them excelled in their own right and very much in their own genre. However, in the end, the best film I saw in 2010 was The Secret In Their Eyes. I’ve seen it now three times and it’s only gotten better with each additional viewing. Yes, it’s foreign and subtitled and it’s not a perfect film but it’s simply wonderful. It’s got it all—suspense, romance, angst, humor, shock, wonderful acting, great chemistry. It’s the total package.

I should mention that foreign film viewers won’t be at all surprised with this choice as the movie won last year’s Academy Award for Best Foreign Language Film. We just didn’t get to see it here until 2010.

The worst films of the year were fairly easy to identify and that’s another point for this being a better year for movies. The list of five are Frozen, Alice in Wonderland, Greenberg, Iron Man 2 and Catfish. 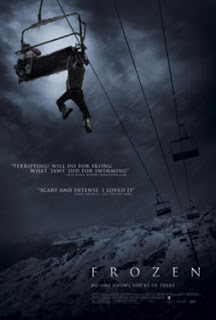 These are some bad films but the worst of the worst was, without a doubt, never in any danger of the others catching it and that film is Frozen. I’ve recounted its ludicrous and downright insulting story several times this past year and always to much laughter. The film’s been gone for a year now and yet I don’t even recall seeing it on any movie channels or at Blockbuster. That’s not the easiest feat to achieve given the dreck that actually does show up there. Frankly, I’m still shaking my head over how this film ever got made in the first place.

The worst film of the year in 2009 was Taken and I noted that it couldn’t even come close the the worst film of 2008—The X-Files: I Want to Believe. I can finally say, without reservation, that Frozen makes that feel like movie nirvana by comparison.

One more note. The movie poster includes two quotes that must rank up there with the very best examples of overstatement and creative commentary. The first is supposedly from a Brad Miska from the incredibly popular (we must assume) publishing house of “bloody-disgusting.com“. He says, and I kid you not, “Terrifying. It will do for skiing what Jaws did for swimming.” He also goes on to commend the cast for being seasoned actors. I bet I could ask a room full of film students about all three actors and not one of them could name anything else they’ve done. Of course when you go to the review the first thing you see is a big disclaimer noting that the director is a friend of the site. I’m sure that played no part in this “review”.

The second is from a Harry Knowles from aintitcoolnews.com who stated, “Scary and Intense. I loved it.” First, I can’t help but notice Harry’s last name is a play on the phrase, know less. Second, his quote doesn’t appear anywhere in the review. Third, the quote isn’t too bad but the review is a real blast. In it he suggests that their getting stuck on the lift is no fault of their own, when it absolutely was, and he goes on to say as much in the very same short paragraph that he makes this claim! In it he also compares this film to one from Hitchcock, except with teeth. Maybe he means Bob Hitchcock, my old plumber. He did have scary dentures.

When a studio has to reach this far for the bold quotes on the cover you just know it’s going to be a real treat.