2012 has come and gone. The year, as seen from the vantage point of a theater seat, was a surprisingly remarkable one. I saw, in total, 54 films this year which is second only to the 58 I saw a few years ago. In fact, there were even a couple movies in there that I saw more than once (and gladly so). I did miss a few films I’d wanted to see but that leaves something for Netflix and Vudu to provide.

For a complete list of my 2012 films please check out the Movie Review Compendium for 2012.

There were so many memorable moments from this past year. We went to see “the new Woody Allen movie” and instead found ourselves watching Moonrise Kingdom. We’d gotten the title mixed up and realized later that To Rome with Love wasn’t out for another week or so. Once we saw the latter a debate ensued in the lobby over whether or not it was better than Midnight in Paris. Women were sure it was but men thought they were all out of the minds.

I saw The Dictator praying it would be another Borat but instead it was just another Bruno—though with one scene that shocked everyone in the theater.

I remember thinking during the first 20 minutes of Prometheus that I was experiencing the greatest movie of my lifetime only to find it ultimately laughable.

The thought of Robot & Frank had me in childlike anticipation only to find it as dull as a piece of steel. Samsara enticed me with a similar tease and then rolled over like a self-centered lover.

In the end I wouldn’t trade this year for any other.

And now we get down to the nitty-gritty—the best and worst films of the year.

The five best films of 2012 were easily among the toughest to select. This year’s take included an astounding 12 5-star movies. All of them are incredible but I make myself pick five so they were (in order of viewing) Les Miserables, Life of Pi, Flight, Searching for Sugar Man and Headhunters. 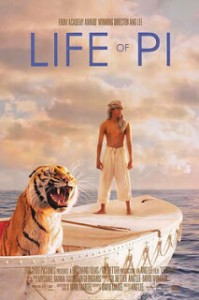 It’s quite an eclectic menagerie. We have a foreign film, a documentary, a more typical film, a fantastical film and a musical. All things considered the one that stands apart—if ever so slightly—is Life Of Pi. No film reached out and shook me to the core like this one did. To think that I didn’t even want to see it at first. It just looked too corny from the previews.

The movie mesmerized me from the first cell to the last and even provided an extra bonus of being the best 3D experience I’ve ever had in a theater. Even when I thought the film would lose its way it promptly proved me wrong and re-doubled its grip. The final scenes left me in utter awe of the film and the experience and that’s my hope every time I take my seat at a theater.

And then we get to take a deep breath and contemplate the other end of the spectrum—praying that Newton’s Third Law doesn’t come into play for movies.

Thankfully it doesn’t appear to be the case as the really bad movies materialized far less frequently. The worst of those were Anna Karenina, Cloud Atlas, The Cabin in the Woods, 21 Jump Street, and The Grey.

This choice is actually much harder than picking the best picture. Much to my complete shock we have yet another movie by Liam Neeson vying for the raspberry. This guy just loves to torment me it seems—and the irony is I really like him as an actor. I just wish he’d stop doing movies purely for the money (assuming he’s not just horrible at picking films). The guy also made Battleship this year which I didn’t see but suspect could have put him on this list twice.

I’m also shocked to find Joss Whedon (of Buffy the Vampire Slayer fame) on the list with The Cabin in the Woods. It’s true, I just didn’t get it. Not now. Not then. Not ever.

I was fairly certain 21 Jump Street was the loser for much of the year but, in the final analysis it did actually make me laugh here and there which is more than I can say for others. 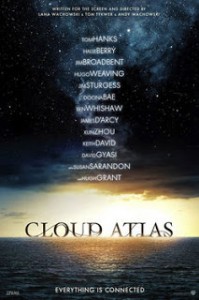 That left two entirely awful pieces of garbage to sift through but thinking it over, as bad as Anna Karenina was, Cloud Atlas was a smidgen worse. It’s extremely hard for me to harness Tom Hanks with this but, then again, he did all the “heavy” lifting. You know what? On second thought, I take that back. Acting in this was a damned sight easier than sitting through it. He got paid, got to go to far off scenic locales and hobnob with Halle Berry (among others) while I actually had to shell out $10 to endure every minute of this entirely incomprehensible, utterly pointless affair.

On the plus side I don’t think Hanks can ever be this bad again—at least I hope so. I’d make some reference to the future being tied to the past which would be somewhat related to the idea behind the plot of the film but that would suggest I had some clue as to the plot and, as I’ve said, I don’t.