I grew up during the 60’s, 70’s and 80’s and really became aware of “current” music in the mid-to-late 70’s. That put me on a direct collision course with some of the very biggest bands in rock history and it clearly had an influence on my tastes in music.

The differences between the music my parents listened to and the music we were listening to were pretty obvious. As we all aged some similarities in the variables started to emerge and I began to formulate a working theory for how music impacts the vast majority of listeners (excepting those on both extremes who just don’t like music and those who are fanatics about it).

The theory went something like this: From the time you really start to connect to music, to the point where you want to know more about it and become aware of the options open to you, there’s essentially a decade-long timer that starts ticking. For most people this starts around the age of 15. Thus, from age 15 to age 25 (again, for the average person), you’re forming your connections to music and that decade will stay with you as your pinnacle of the medium. Your favorite bands tend to come from that period. If you come to music later then just slide everything later. 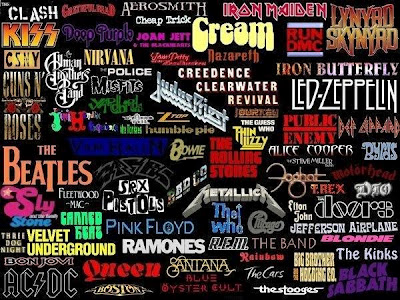 This theory held for quite some time and then, around 2005 I noticed that it started to fail. What struck me most wasn’t that people weren’t interested in music or weren’t all becoming fanatics but that the decade window had suddenly been smashed and the breadth of connectivity seemed nearly boundless. Younger listeners would often mention bands of my day as favorites. The Beatles were almost always mentioned. Many lamented boredom with more current offerings but I tend to think that was mainly anecdotal.

I started thinking about how this came about and a number of thoughts came to mind. The first was, not surprisingly, the impact of technology. In my youth the main access to music was radio. You listened to what was offered up. If a band fell out of the limelight you didn’t hear anything from them anymore. If they seemed like yesterday’s news that was what they became. There really wasn’t much you could do about it but to invest in a cassette (and later a CD) and that was that. As technology moved into the digital realm suddenly listeners could listen to any era they desired all on impulse. The idea of radio as the driving force dramatically fell off—though it didn’t disappear.

However, I also then started leaning towards another factor that may be the main thrust behind this shift and it’s one that I want to be the answer for an obvious reason. I started wondering if it just so happened that my era—and the periods around it—produced the best of rock and that this might not be the reason that the music endures so vibrantly today.

One thing was clear. Things have changed dramatically. It’s now 2012. The Beatles are still being played all over radio and all over streaming services everywhere along with many other bastions of rock of the 1960’s. That’s a 52-year window at work. In the 1960’s I know there was absolutely nothing on the radio from the 1910’s. The same could be said all the way up to the 1950’s. You might find a single station playing songs from the 1940’s but even that pretty much vanished early in the 1970’s. If you find Big Band music being played it’s often only during a specific late-night hour on some small AM station somewhere.

Rock really came on the scene in the 1950’s with Elvis and countless other acts but their style of rock was quite distinct from what came just a decade later and you now don’t hear much of anything of that era anywhere. When’s the last time you heard Elvis or The Shirelles on the radio? I wonder if it’s still referred to using the same term we used; “Golden Oldies”, or is that now applied to my area of music? I don’t think so as my era seems to be dubbed “Classic Rock”, but the fact remains, a major change in styles and acceptance came in the 1960’s.

The biggest evidence of my point is that even though the Baby Boomers are still dominating, their music isn’t. There’s usually a single Frank Sinatra station around (and it’s often just a short show for that one day) and there’s not much in the way of Golden Oldies. However, looking at the top radio and streaming stations you’ll find rock from the 1960’s on up all over the place. Adding support for my bias is that much of those options focus on Classic Rock. There’s no shortage of The Eagles, Led Zepplin, The Who, Foreigner, Queen, ELO, Santana and more. So, while TV ads continue to saturate us with Viagra commercials and stars of old hawking reverse mortgages, music for the same demographic has been relegated to just what they have on hand more or less.

So is it just that I grew up in the best era of music since Classical music or is it just the technology and the changing rules of access? For now I prefer to believe Classic Rock is just that good.