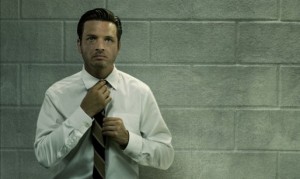 A miscarriage of justice is a double tragedy; it destroys the innocent and brings no peace to those who were wronged. In the American justice system, we have safeguards in place to prevent and ameliorate these tragedies; we demand that suspects must be proven guilty beyond a reasonable doubt, that a jury of peers must pass the final judgment and that a rigorous appeals process must be available to those who are convicted.

Despite these precautions, we still see cases that slip through the cracks. The Central Park Five, subjects of a recent Ken Burns documentary, served seven years in prison for the rape and beating of the victim known as The Central Park Jogger. They had been between fourteen and sixteen years of age at the time of the crime and served seven years in prison — the full term of their sentences. In 2002, Matias Reyes confessed that he had been the sole perpetrator in the Central Park Jogger case, and DNA evidence from the scene confirmed his story. The sentences of the Five were vacated and their names were cleared; three of the five soon filed suit against the city of New York for malicious prosecution.

Rectify, a miniseries airing this month on Sundance Channel, follows a man whose story is superficially similar to that of the Central Park Five. When he was eighteen, Daniel Holden (Aden Young) was convicted of raping and murdering his then-girlfriend, sixteen-year-old Hannah Abigail Dean. He has been on Death Row for nearly twenty years when DNA testing proves that someone else’s semen was present at the scene. As was the case with the Central Park Five, Daniel confessed to the crime when he was arrested as a teenager and even the evidence that frees him is not conclusive evidence of his innocence. The prosecution’s original theory of the crime was definitively wrong, though, and Daniel’s conviction is vacated. 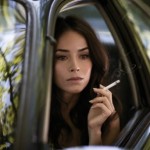 Daniel’s sister, Amantha (Abigail Spencer), has been a fierce believer in his innocence and is nearly manic when she finally wins her fight to set him free. Daniel, though, had given up hope long before salvation came. “I’m not sure what to make of this drastic change of course of my life,” he mumbles in a marble-mouthed press conference outside the prison fence. “I’m certainly not against it.” He has been in jail for twenty years and now faces a freedom he never let himself believe he would see.

Rectify is anchored by a collection of strong lead performances. Abigail Spencer is a real standout as Amantha, a driven woman who is a little adrift now that her quest to free Daniel is complete. Aden Young is also excellent as Daniel; he does a good job playing a man who is both sympathetic and a little … off. As is often the case in the real world, Daniel’s original conviction was as much about his strangeness as his guilt. Rectify is all the stronger because the viewers don’t know whether Daniel is actually innocent; all we can say with assurance is that his conviction was unjust. Was he involved in the crime after all? Were there others? What is the true story behind the death of Hannah Abigail Dean? A deliberate, measured pace and some absolutely gorgeous camerawork make this a compelling study of life after a wrongful conviction.

Rectify airs on Mondays at 10PM ET on Sundance Channel.