The Christine O’Donnell stories have gotten me thinking about a vexing issue that’s been bugging me for some time. 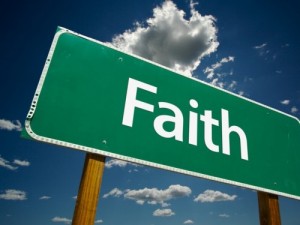 Ask any Christian about their beliefs and the word “faith” will materialize almost immediately. It’s my view that it does so mainly because it’s the only possible way most supporters have of trying to validate their positions because, aside from faith, there isn’t a whole lot of scientific evidence to stand on. We don’t have the Ark. We don’t have the tablets with the Ten Commandments still etched into them. The only burning bushes are those set ablaze by man or nature. God, if he exists, certainly hasn’t opened the heavens to loudly tell us all, finally, to stop doubting his existence. Instead, we’re told, belief in religion is mainly a test of one’s faith.

What strikes me as odd about this situation is that there’s a shocking number of people who will gladly accept this challenge while, at the same time, ridiculing or discounting other more tangible concepts such as evolution or, say, global warming.

Before you scream, “Athiest!” remember that I’m a Saganist. My main perspective is to openly admit that when it comes to God I have no problem in saying, “I just don’t know.” I personally believe there’s something incredible behind it all but I don’t believe it’s neatly explained by a rather controversial multi-millennium-old book handed down by man to later men. We’re just way too fallible for me to buy into that bit—sorry. And yes, I’ve read the Bible, Old and New Testaments….more than once. I’ve also read, T.H. White‘s, The Once And Future King more than once and, frankly, found its view of how we came to be far more compelling and believable.

How can a person sleep at night denying evolution and/or global warming while, at the same time, just chalking up a huge part of their being to something they can’t prove, can’t touch, can’t see, etc?

It seems fairly clear that a higher percentage of both experts and non-experts support evolution and global warming than support Christianity. After all, Christianity accounts for about a third of the global population. That means that a vast majority of those of us alive don’t buy into it. Muslims and Hindus together match Christians. In fact all the numbers also show Christianity is on a long decline.

There are basically nineteen major religions and each one of those has various factions within them that are, more times than not, absolutely certain that their most closely-related cousins in the another variant are entirely off-their-rockers and bound for an express ticket straight to Hell. Christianity itself is rife with divisive variations.

And yet, when the majority of the world’s scientists and brightest minds (and even the not-so-bright-as-the-brightest minds) provide fairly concrete proof of things like evolution or global warming these doubters cannot find it within themselves to simply take it as a matter of faith. No sir. When it comes to these issues no amount of evidence is enough.

Perhaps the next time I’m asked about why I believe in evolution, global warming or, perhaps, gravity, I’ll just say, “It’s a matter of faith.” That seems to work for so many others. Maybe it’ll work for me too.