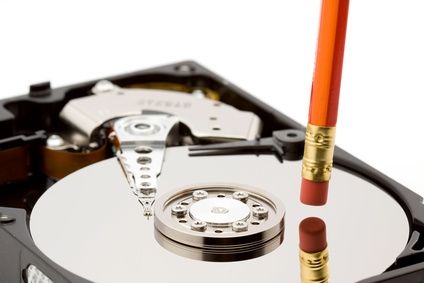 I recently decided it was time to check out Creative Labs‘ new X-Fi sound card line. You can read my initial problems with the X-Fi here. I’ve now spent an inordinate amount of time trying to resolve Creative’s problems with my Fatal1ty version of the X-Fi. The problem is clearly theirs. If I install the card, fresh from the box and install only drivers, the card works flawlessly. However, once I install their software suite, the card suddenly starts acting strangely. The most annoying problem is that the audio on one speaker is lower than on the other and is also clearly flat compared to the other side. Unfortunately, once the software is installed the card holds onto these latest settings as if its life depended on them. The problems persist even through a re-installation. The only way I’ve gotten around it has been to remove the card for 2 days (the capacitors then all drain) and re-install the card. At that point it’s as if it’s fresh from the box again and will work with just the drivers installed.

Initially Creative tried to tell me it was a problem with my speakers. Not so as any headphones also have the problem. After trying all sorts of approaches, Creative finally started pushing this up the priority list for me. However, after jumping through all sort of hoops, the support rep (who has been quite helpful otherwise) e-mailed back to say that, after much back-and-forth with engineering, they feel the problem is with my specific setup and that the only recourse is to backup everything important (yeah, that’s always such a simple thing to do these days), reformat the hard drive and then re-install the operating system.

I have heard this refrain many times over the years. In every single case where I’ve followed this course of action, the only result has been a loss of time, energy and productivity on my part. After following these directives, the problem has always still been present and I end up having to spend several weeks or months getting back to the point I was at when I embarked on that path of action.

To me, such a plan can be seen for the desperate act that it is for one main reason — the instruction to format your hard drive. This makes no sense to me. Please, someone explain to me how the physical format of a hard drive has anything to do with the operating system that will not be resolved with a full, clean re-installation of the operating system?

When you format a hard drive you’re essentially telling the drive what parameters to use and how data will be stored on the device. Microsoft Windows does NOTHING to this structure other than to lay data down on it and move things around on it. As long as a user completely eradicates the operating system from the hard drive, there is absolutely no benefit that I am aware of, from a fresh format. It’s like suggesting that a brand new bench will be more comfortable if it’s broken down and re-built in exactly the same way as before when the real problem is with the person sitting on the bench.

Reformatting is beneficial if you want to change the physical layout of the drive or if you’re having read/write problems with the drive. Aside from that, there is no benefit. It’s a recommendation made all the time by support personnel and yet it has no merit. The only reason I can think of for support people to recommend reformatting is when they’re dealing with a customer who isn’t savvy enough to do a clean re-installation of the operating system. However, I would also suspect that if the user can’t do a clean re-installation, formatting and re-installing isn’t exactly that much easier for them.

In my case, there are several elements that make me question this course of action.

First, it doesn’t mean very much to me when Creative suggests I’m the only one having this problem. I’ve often been one of the first to have a problem only to be joined later by many others having the same problem.

Second, they say they’ve tested “countless” computer setups and haven’t seen this problem yet. This is coming from the same company that missed a fatal installation bug that would occur if anyone had ever installed QuickTime, iTunes or any product related to them. It’s not as if those two items aren’t related to sound. If they could miss that, is it really harsh of me to suggest they might have missed my specific situation?

Third, my Audigy 4 worked just fine with this setup. I have no doubt that re-installing it would show that everything is perfectly fine with the Audigy.

Fourth, why is it that when I install the sound card fresh from the box and only install the drivers, the card works perfectly? The problem only crops up once I start installing Creative’s other software. Perhaps one of those programs has a problem with something in my system, but that’s a situation that should be possible to resolve without my having to lose weeks of productivity with “The Nuclear Option.”

No matter what the situation turns out to be, this all underscores the main problem and that is the poor design of the current versions of Windows going back to Windows 95 and continuing on with the next version of Windows known as Vista. The registry is a nightmarish mess that was a bad idea to start with. When do you see glowing praise for this design? I don’t see it anywhere. Microsoft needs to re-think this entire concept and get us back to an operating system that works with us and not against us.