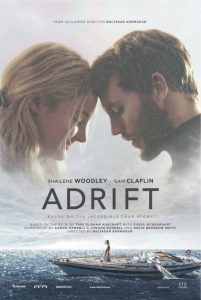 A rogue storm leaves two lovers stranded in the middle of the Pacific in Adrift.

Tami Oldham (Shailene Woodley) is a young woman filled with aching wanderlust. She lets the world dictate her path in much the same way that a willow puff drifts about on a mild spring breeze. Her carefree approach to life draws the attention of a handsome young sailor — Richard Sharp (Sam Claflin) — with much the same DNA. The two become lovers and soon make plans to travel the world aboard his hand-built sailboat. The last obstacle to starting their dream is a promise that Richard made to sail a friend’s opulent boat across the Pacific — a journey that the friend is unable to make. It’s a promise that proves impossible to pass up. Richard and Tami would be alone in a storybook setting aboard a charming boat and paid enough to fund their own trip for more than a year. They set sail on what they hope will be a romantic adventure. No one knew their course would take them headlong into the jaws of a deadly hurricane.

This is a melding of All Is Lost and The Perfect Storm with the leads exchanged for an idealistic, nubile young couple. While I’m not a big fan of either of those films, the former features a stellar performance while the latter sizzles with intensity — two traits entirely absent from this would-be “adventure.”

Director Baltasar Kormákur seems to have a knack for draining all of the energy out of life’s most epic stories. It’s the same trick that he somehow managed in 2015’s Everest. In his hands, the stories of the Bible would be as compelling as a knock-knock joke without the punch line. The first challenge is the complete lack of chemistry between Woodley and Claflin. They feel more like two strangers trapped in claustrophobic confines than two lovers nestled in the embrace of an intimate setting. The dialogue between them is often little more than idle chatter. Major plot points that go nowhere point to poor editing choices likely made to save the audience from even more tedium.

The authenticity of the story is strained by actions even non-sailors would identify as suspect. I have to believe that anyone finding themselves trapped on a sinking boat would be driven toward certain imminent priorities. A nice quiet nap would be well down that list after checking for leaks and identifying its current location, but that might just be me. I also didn’t appreciate several awkward, entirely gratuitous shots of Woodley and only Woodley.

Kormákur has the ability to find the right pulse. Several scenes manage to captivate us with their natural power, but end up neutered by unforced errors. The worst such offense comes late in the film thanks to a cheap writing stunt that crushes the story with the same impact as the wave that capsized the lover’s boat. Unlike the characters, we have no life preservers to keep our interest afloat. 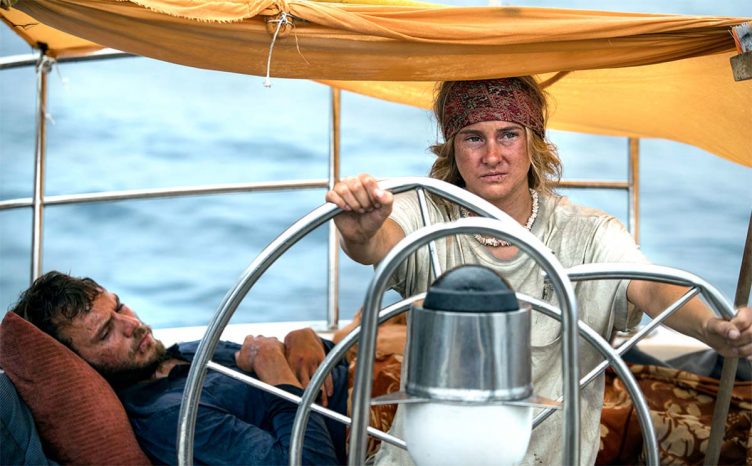