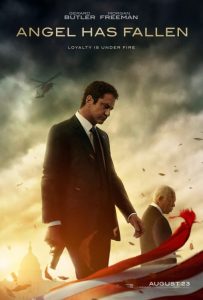 A battle-worn Secret Service agent is the prime suspect in a plot to kill the President in Angel Has Fallen.

Mike Banning (Gerard Butler) is a man of action. He’s spent his life thwarting danger of every kind regardless of the personal cost.  It’s a bill that must be paid. The ravages of countless concussions and mental trauma manifest their impact through debilitating migraines and major bouts of insomnia. It’s not exactly the best-case scenario for a man tasked with protecting the President of the United States (Morgan Freeman).

As Banning struggles to keep his condition under control and below the radar, an unexpected challenge emerges. An attempt on the President’s life leaves a clear trail to his doorstep as the man behind the plan. Banning must prove his innocence while evading a country determined to bring him to justice.

This is the third film in an inexplicable series predated by 2013’s mildly interesting Olympus Has Fallen and 2016’s logic-numbing London Has Fallen. Neither film made much of a dent at the box office, yet here we are. The latest installment starts off with an opening sequence so poorly conceived, shot and presented that we’re certain that the producers learned little in the intervening years. Nothing is left to the imagination. Big red circles around the bad guys would have been less obvious, then something strange happens. It somehow picks itself up from a trash heap of clichés and ill-conceived casting to overcome its flawed foundation. This isn’t to suggest that sanity suddenly takes hold. That’s a bridge too far for this film. What it does is morph into an enjoyable action romp along the lines of 2013’s White House Down.

Much of the credit belongs to a fantastic performance from Nick Nolte as Banning’s estranged father. Every scene he inhabits is priceless. What was a lackluster action pic suddenly transforms into an impromptu buddy film that suffers noticeably every time that he’s absent. His infusion of much-needed energy is the jolt that keeps us invested in an otherwise overlong experience.

We don’t really buy into any other part of the story. Freeman’s President? Bland. Banning’s long-suffering wife? Snore. The machinations of the calculating Vice President? Obvious. The action sequences are the only other selling point. They’re loud, bold and more or less believable. In other words, they get the job done. Did the film do enough to warrant a fourth installment? Not even close. Just enjoy this for what it is — mild entertainment in a summer devoid of anything better to see. 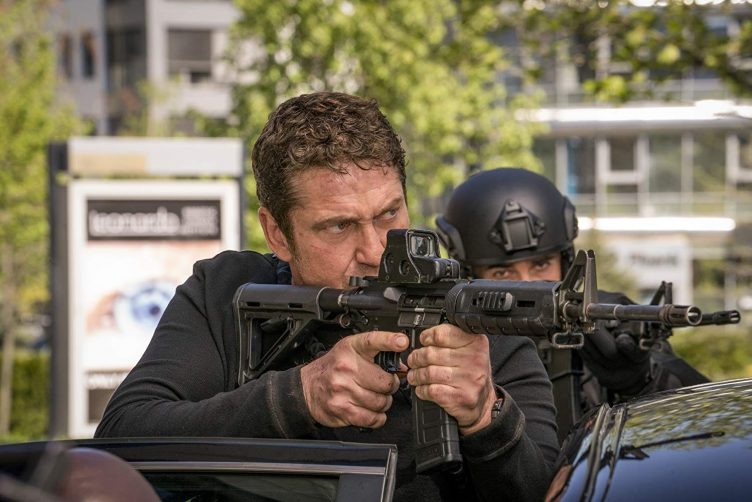