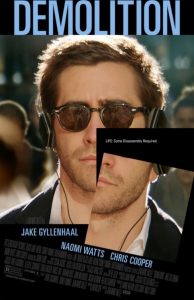 A tragedy causes an emotionally distant investment banker to dissect his life in Demolition.

Davis Mitchell (Jake Gyllenhaal) is a master of disassociation — a key attribute for someone living a totally reactive lifestyle. He found himself married to  a loving, adorable woman (Heather Lind) not long after running into her at a party. His extremely successful career path was hand-delivered by virtue of his driven father-in-law Phil (Chris Cooper). Nothing about Davis seems to come from Davis himself. As a result, he just goes through the motions, giving everyone what he thinks they expect from him and nothing else. It’s not until fate intervenes that he’s forced to examine this so-called life that he’s been living.

Introspection for most people is challenging. For Davis, it’s practically impossible. He’s entirely ill-equipped to understand the stark realities now before him. Such heady decisions have always been handled by others. His only means of coping is to allow his disconnected mind-set to go into full overdrive. The result is a totally unrestrained Davis fully disinterested in the expectations of others.

Director Jean-Marc Vallée has a penchant for playing on our emotions as he did in 2014’s Wild and 2013’s Dallas Buyers Club. His current film isn’t as immediately impacting as the latter work, but ultimately packs a wallop. Vallée and Gyllenhall give us a character slowly driven not only to extremes, but also to the very border of sanity itself. We’re completely unsure if Davis will ever find his way back.

This is a fascinating character study of a seemingly typical, well-adjusted person spiraling completely out of control. Davis starts off believing the world is entirely predictable, only to suddenly face a reality where everything is not as it once appeared. It’s like watching a well-crafted quilt being slowly but inexorably pulled apart at the seams.

The performances are exceptional. Every scene between Gyllenhaal and Cooper drives your blood pressure higher. Naomi Watts and young Judah Lewis (playing an unlikely support network for Davis) also deliver. The biggest challenge of the film is its painfully slow pacing. It doesn’t really connect until nearly the 80-minute mark. Once it connects, it does so with a force that nearly makes you forget the meandering journey. This is a story about the perils of taking those around you for granted. It’s equal parts wonder, confusion, grief, discovery and realization. It’s also a story that many of us will, sooner or later, face whether we’re ready or not, and therein lies its power to move us. 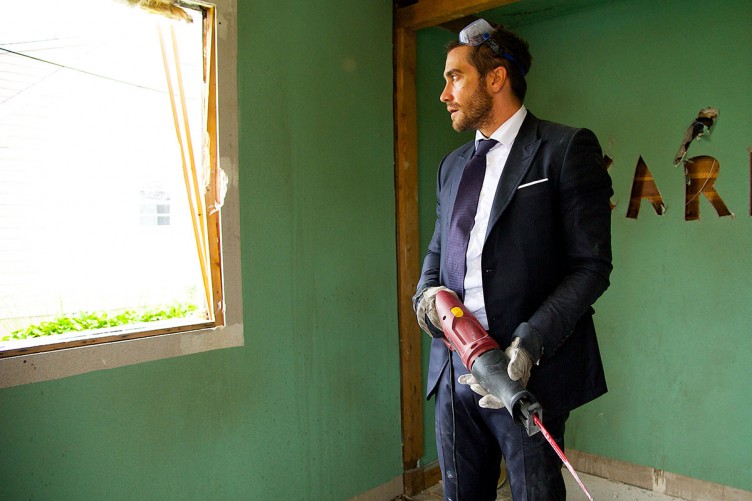