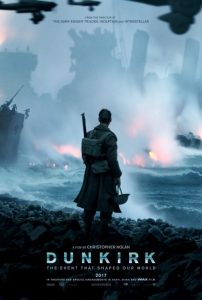 The early battle around Dunkirk and its frantic evacuation is one of the most discussed topics of World War II. Scholars generally agree that Britain would have had to surrender to Germany in 1940 had it lost the roughly 400,000 men trapped on its shores. It was ten days of endless death, sorrow and humiliation, but it was also an essential mix of luck, heroism and optimism. This is the topic of famed writer/director Christopher Nolan‘s latest film.

Nolan’s previous efforts (Interstellar, The Dark Knight, Inception and Memento) give little hint of his ability to handle such heavy historic material. Would he give this story the gravitas and reverence it deserves or turn it into an effects-laden superhero tale? The final product falls somewhere in between. His treatment of the material is often jaw-dropping and unforgettable. However, it is a flawed piece of cinematic storytelling that falls short of conveying the enormity and impact of the actual events. It’s also the most frustrating film of the year.

Taken as individual scenes, they represent some of the best ever recorded. They’re off-the-charts awesome. Nolan combines countless nightmarish but authentic ways of dying and serves them up wholesale in one gut-punching dish. The tension is often nearly unbearable, pushing our limits to keep watching, and that’s exactly what a film of this type should do. The trouble revolves around two key issues — the way in which the story and the dialogue are handled.

Instead of presenting the events in sequential time, Nolan couldn’t resist his propensity for doing something out of the ordinary. He takes three different elements of the plot, all with their own varied timing, and intermixes them in a way that does nothing but confuse the audience. An early bit of on-screen text attempts but fails to make this clear. We also end up seeing several events multiple times from different perspectives without it bringing anything beneficial to the experience. It also makes it harder to keep track of who is who.

The other major problem is Nolan’s love for Hans Zimmer‘s steroid-induced scoring. Zimmer’s idea of impact is to hit you over the head with a hammer and then finish up by dropping a car on top of you. Huge swaths of potentially essential dialogue are lost in the chaos.

This is a film that could have been on par with Saving Private Ryan or A Bridge Too Far, but it instead more becomes a must-see curiosity rather than a cinematic triumph. 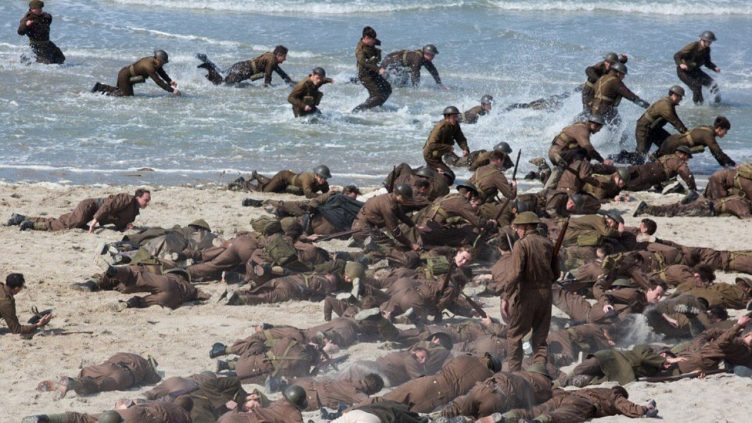