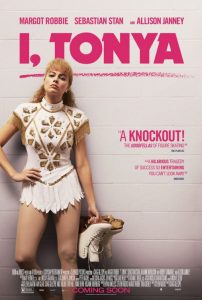 An antagonistic ice skater and her dim-witted entourage set out to grab Olympic gold in I, Tonya.

If you’ve ever needed a crystal clear example of what truly bad parenting looks like, look no further than the ignominious life experience of figure skater Tonya Harding (Margot Robbie). Harding had the misfortune of being raised by her heartless, cynical wreck of a mother LaVona Golden (Allison Janney). The only dreams that LaVona ever envisioned for her daughter all culminated in how she might benefit. It’s no wonder that Tonya would end up carrying a chip on her shoulder that would leave the Grand Canyon with a bad case of envy.

This ill-mannered, ill-equipped little girl would somehow reach deep down and emerge with an unmistakable middle finger for the guardians of Fate. She found the one skill capable of carrying her to sanity and success. However, fate doesn’t take kindly to such gestures.

This campy, comical biopic from Craig Gillespie (Lars and the Real Girl) parallels its wily main character in nearly every way. It’s edgy with a rough-hewn style and the grace of a gorilla ordering a pale Pouilly-Fuissé, yet it just keeps on delivering. Every character is a character. Robbie gives the audience the performance of a lifetime. I can’t think of anyone, with the possible exception of Robbie and Gillespie, who would have thought that she was the right fit to play Harding. It’s like suggesting that diamonds are the perfect material for a hacksaw blade. Who’da thunk it?

As good as Robbie is, Janney is better as her ever-callous mother. It’s the kind of role in which you’d almost wish to be unrecognizable. She’s just that despicable, usually while sharing screen time with an equally self-centered parrot. Harding’s simpleton husband, Jeff Gillooly (Sebastian Stan), and his equally stunted best friend Shawn Eckhardt (Paul Walter Hauser) round out a perfectly cast circus act.

The story is shockingly original, especially for one so seemingly well known. It tells its tawdry tale from a perspective that few, if any, would have ever considered. It also continually keeps you asking, “Are people really this stupid?” There is one potentially concerning facet to the film’s presentation. Gillespie uses comedy to convey otherwise serious events in a way that some might see as dismissive or insulting. It worked for me. I never lost touch with the deeper meaning lurking just behind the sardonic smiles. For better or worse, Harding’s life has become a parody of itself, and this is a film that fully embraces that reality. It also packs a wallop strong enough to take out a knee. 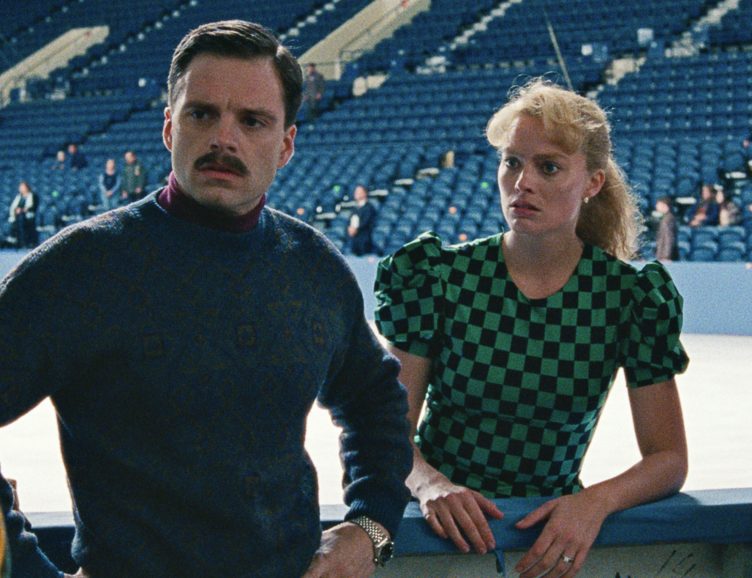