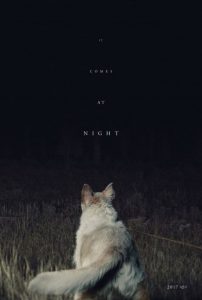 A striptease ultimately satisfies because there’s a payoff at the end. Nothing could be worse than a stripper who removes all of the clothes to reveal a bodysuit underneath. Imagine a movie that had so much hype and ultimately doesn’t live up to any of it. There have been huge letdowns like that before, but I can’t think of any films that disappointed me so completely. It Comes at Night contains all of the elements of a great horror film or thriller and ruins it all by never delivering a payoff or explanation of any kind.

Writer/director Trey Edward Shults delivers his first major release here and shows lots of promise as a director. My issues with his work involve the story. By all evidence of what happens in the short running time, some virus or sickness has taken over the world. Paul (Joel Edgerton), Sarah (Camen Ejogo) and their son Travis (Kelvin Harrison Jr.) live in a boarded-up house with no electricity in the middle of the woods. When they go outside, they wear masks to protect themselves from this unknown pathogen, and their days are spent in an endless repetition of mundane tasks. This isn’t living — it’s surviving at best. Everything changes when Will (Christopher Abbott) breaks into the house with a story about his wife and child many miles away and their desperation to stay alive.

All of the pieces are in place for a compelling story, even if you never learn about what happened in the world outside this isolated setting. Shults doesn’t ever tell you what’s going on, so it’s up to the imagination to fill in the gaps. There’s no question that the tension is high, part of which comes from the music that’s heavy on the drums. Shults ruins his own premise with rookie missteps that take you out of the experience. For example, the masks render the dialogue unintelligible, and at least a few of those lines contain important clues to the characters and their world. That dialogue should have been recorded in a studio and edited into the scene so that, even with effects to muddy it up, you can still figure out what they’re saying.

As a horror flick, I liked the setup. Paul checks everyone’s hands after possible exposure, so it hangs in the air that people could get sick at any time. A red door separates the rest of the house from a less secure entry room. Paul emphasizes that the red door must stay locked at all times and that he’s the only one with a key. Classic thrillers come to mind when characters find the red door open with no explanation. Shults blunders the good things with It Comes at Night by having characters make stupid decisions and taking his story to a place that doesn’t make sense. Characters wake up from nightmares that feel so real, which perhaps stands alone as one of the most annoying conventions of the horror genre.

The great cast sells this mess as best as they can. Edgerton’s performance especially resonates. His no-nonsense Paul would be an ideal friend for a world crisis. Ejogo recently appeared in Alien: Covenant, so the timing of this film is perfect as she has a more substantial role. The unseen dangers of the surrounding woods bring to mind The Village, and just like that M. Night Shyamalan disappointment, the woods and darkness insinuate more dangers than deliver them. At the very end of the film, I was left in an audience that almost all wondered at once what exactly comes at night. The tagline for this film is “Imagine the end of the world. Now imagine something worse.” What’s worse is insulting an eager audience by providing no answers. I’ll stick with the end of the world. 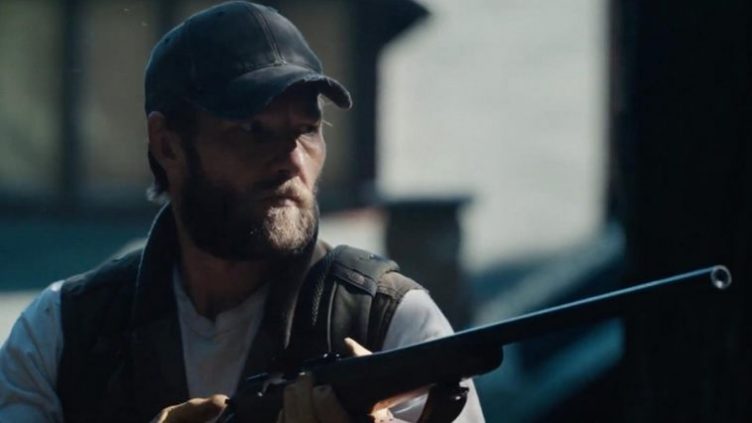