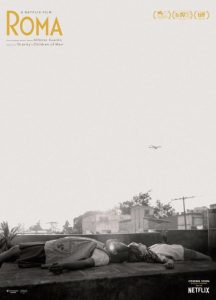 An affluent Mexican family and their shy, but dedicated, maid struggle through unforeseen adversity in Roma.

Cleo (Yalitza Aparicio) has a modest, content life as a live-in housekeeper for a mildly successful professional couple and their young children. Her seemingly humble existence is decadent by comparison to most of the populace living just outside their isolated homestead. The father (Fernando Grediaga), a local doctor, makes enough to allow his biochemist wife (Marina de Tavira) to stay at home to look after the family’s affairs. Their three children know almost nothing of the struggle of the outside world and spend their time dreaming of trips to Disneyland. However, such idyllic realities are often fleeting as it is also for Cleo and the family whom she so dutifully serves. The harsher times that close in around them threaten everything that they’ve come to depend upon.

This is a personal film for writer/director Alfonso Cuarón (Gravity and Children of Men), who based the story on his own upbringing in Mexico City. It’s another artistic effort that enthralls critics but will leave most mainstream viewers wondering why anyone listens to film critics.

The best mark of effective filmmaking is when a movie’s technical elements are transparent to the viewer. Roma has all of the subtlety of a football hooligan after a brutal loss watched at the local pub. There’s no ignoring its every transgression.

For starters, the film is shot in black and white for no apparent reason. The story takes place in the early 1970s — not the 1940s. A grainy color treatment would bring home the effect without coming off as pretentious. The only benefit of its use for me was to blunt the impact of Cuarón’s inexplicable fascination with feces. This is, without question, the most artistic homage to dog shit ever filmed.

Most scenes are introduced as if shot by a film student who just discovered the slow pan. Missed a detail in the background? Don’t sweat it. The camera will pan back to it momentarily. It’s like watching a tennis match in extreme slow motion. One shot after another challenges the viewer to contemplate its existence with enough time to ruminate, nap and ruminate again. There’s a multi-minute scene of a car being maneuvered, endlessly, into a tiny garage. That’s strange enough except that we experience most of it while zoomed in on a single forearm, hand and part of the steering wheel. Riveting. Don’t even get me started on the airplanes. They’re everywhere. Why? Only Cuarón knows, and his on-screen vision doesn’t hint at an answer.

The film’s most glaring hurdle is its interminably drawn-out setup. Nothing of any real interest happens for half the film’s length. By the time we get to its most memorable moments, we’re ready to accept almost any change of pace as revolutionary. This may be a personal project for Cuarón, but as presented, it feels more like enduring the home movies of a complete stranger with little commentary from the subject.

Many fans will say that I just don’t understand. “This is art,” they’ll say. If it’s art, then it’s more like an abstract Jackson Pollock piece than a Renoir. The former demands explanation, while the latter requires none. Yes, it is at times beautifully done with wonderful performances, but for many, art is like a joke — if it requires an explanation, then it’s no longer effective. 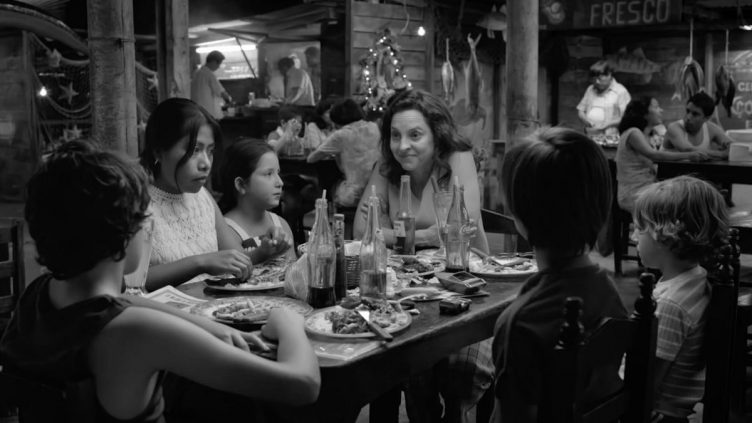