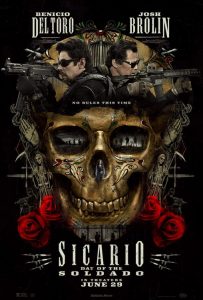 A covert operation to thwart border-crossing terrorists goes awry in Sicario: Day of the Soldado.

The allure of attacking the United States on its own soil is always of the highest priority for Muslim terrorist cells. Their latest effort involves partnering with Mexican drug cartels to guide their would-be bombers across our porous southern border. As their plan unfolds with graphic results, a desperate White House turns to CIA operative Matt Graver (Josh Brolin) for an efficient, clandestine response. Graver sets out to defuse the partnership by inciting a war between the cartels. All goes as intended until the corrupt Mexican government gets wind of what’s going on. Their reaction exposes the entire affair to the bright lights of hungry news cameras and a publicity-shy White House. Graver’s team must now shut down the operation and eliminate any loose ends no matter how personal those connections might be.

This sequel to 2015’s Sicario carries on the story with two of the original’s most compelling characters — Graver and his Colombian cohort Alejandro (Benicio Del Toro). Taylor Sheridan‘s latest take on the story — he wrote both films — is a much tighter tale, but one that’s overloaded with contrived, confusing details. Like the original, this one starts off with an unforgettable opening scene. Unlike the original, it holds the tension with the empathy and effectiveness of a large metal vise. The pounding, sci-fi-worthy score perfectly accentuates every nerve-wracking moment.

Brolin and Del Toro deliver predictably flawless performances, supported surprisingly well by young Isabela Moner as the daughter of one of the drug lords. Not faring so well are Catherine Keener and Mathew Modine as the conduits to the off-screen president. Keener’s role is mainly unnecessary, and Modine just looks perpetually out of place. The plot is also the kind of story that Hollywood sucks at telling. We know almost immediately that they won’t dare to traverse certain paths. We’re also treated to several scenes that strain credulity. In one, there’s a drone that can seemingly spot an ant scratching its underbelly, but a moment later fails to record the disappearance of a major character right under its supposedly watchful eye.

If not for the contradictions and confusion, this could have gone down as must-see film. Even with the oversights, it’s still one wickedly dark, visually haunting experience. 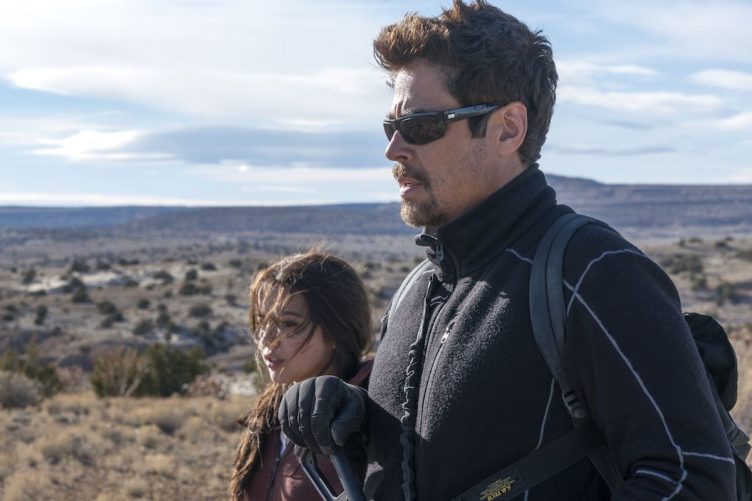