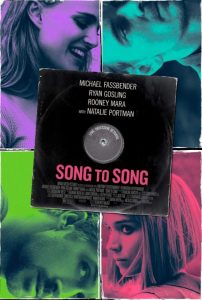 Hopeful musicians and their flashy business partner want it all and want it fast in Song to Song.

There is nothing more depressing than the thought of an unsuspecting moviegoer viewing a Terrence Malick film with no concept of what they’re getting into. Writer/director Malick’s films are an acquired taste with few parallels. Mere mortals often walk out feeling lucky to have simply endured the experience; I reliably fall into that category. His last feature film, Knight of Cups, was my selection for the worst film of 2016.

Song to Song is very much a typical Malick entry. His films defy standard conventions and are among the hardest films for me to review. In a lazy world filled with beautiful hot-air balloons, Malick would instead choose to flit about in an ultralight plane with yards of flashy foil tied to its tail. Following a Malick plot is as easy as reading a recipe immersed in an whirring blender. It doesn’t matter if it’s the recipe or you in the blender. The feeling ends up being the same.

His latest effort requires a hearty dose of Dramamine and a bar within walking distance of the theater. The visuals come at you with the same peacefulness of a tsunami embracing a small island. Every shot seems as if it was captured by someone with an unrelenting case of hemorrhoids and a raging cocaine addiction. Conversations seem constructed by tossing darts at a wall covered by phrase book pages.

Salvador Dalí‘s most ardent supporters wouldn’t know what to make of this thing. 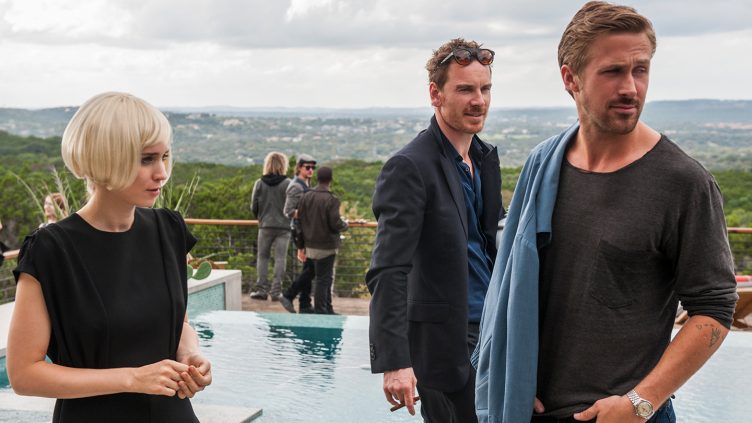